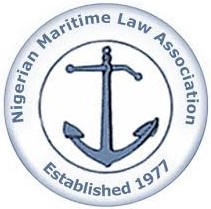 To restore industry confidence in, and boost dispute resolution efficiency in admiralty law and practice in the country, the Nigerian Maritime Law Association (NMLA) has constituted a reforms committee to lead the efforts in improving key procedural rules and substantive law.

The committee, which report is expected by May 25, is “expected to propose initiatives and implementation strategies for repositioning admiralty law practice with a particular focus on “achieving speed in filing, assignment, hearing and determination of admiralty matters;

In a statement co-signed by the President, L. Chidi Ilogu (SAN), and Honorary Secretary, Emeka Akabogu, the body explained that it “has observed the steady decline of admiralty law and practice over the years, largely as a result of sub-optimal procedural rules and poor judicial interpretation of substantive law.

“Judicial decisions have not been consistent with standard global expectations, while speed, which is at the heart of functional admiralty litigation, has taken a back-seat.

“In the result, a number of significant maritime interests are no longer keen on having Nigeria as a jurisdiction for adjudication of their disputes.”