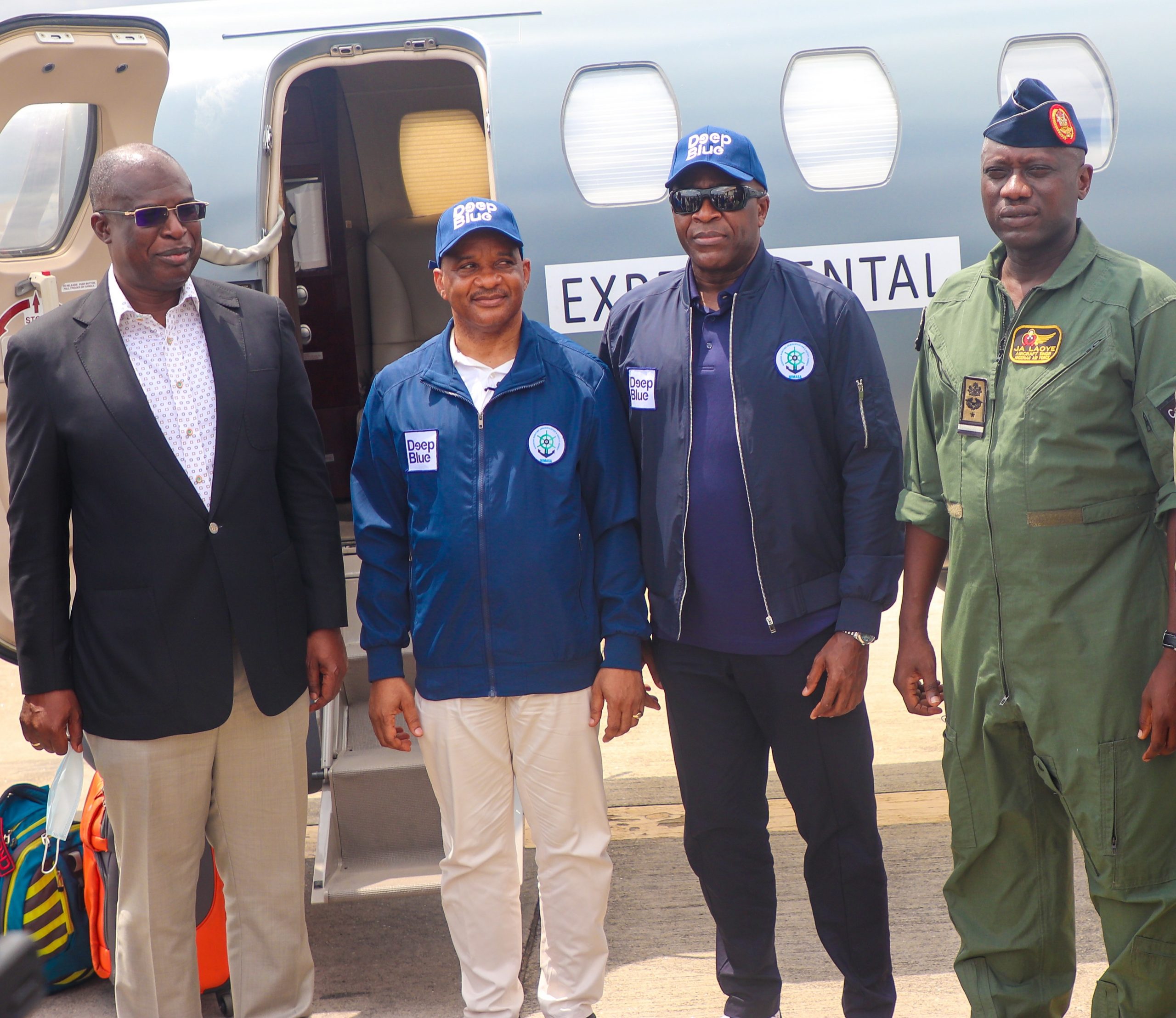 Ahead of the launch and full-scale implementation of the Deep Blue Project, Nigeria has received the last batch of the Special Mission Aircraft in the final phase of the delivery and installation of assets, which are designed to secure the nation’s waters up to the Gulf of Guinea (GoG).

On hand to receive the aircraft at the Murtala Mohammed International Airport, Ikeja, was the Director-General of the Nigerian Maritime Administration and Safety Agency (NIMASA), Dr. Bashir Jamoh, alongside the Minister of State for Petroleum Resources, Timipre Sylva, and NIMASA’s Executive Director, Finance and Administration, Chudi Offodile.

At a brief ceremony to mark the arrival of the aircraft, Jamoh, who had earlier inspected three Special Mission Helicopters at the Naval Base, Apapa, as the May 21, 2020 schedule for the launch of the project draws near, said the assets would further improve security in Nigerian waters and zero out piracy.

He revealed a drastic reduction in the rate of attacks in the country’s Exclusive Economic Zone (EEZ) with the deployment of the assets, stating that the goal was to entirely eliminate such incidents.

He disclosed that “there has been a drastic decrease in the rate of security breaches on our waters in recent times. This is a clear indication that we are getting it right with the Deep Blue Project.

“The figures we are getting from the International Maritime Bureau (IMB) are encouraging. We ultimately aim to completely eradicate security hindrances to shipping and business generally in the Nigerian maritime domain.”

The IMB, which is a specialised division of the International Chamber of Commerce (ICC), is the global focal point in the fight against maritime crimes and malpractices and had recently reported a consistent year-on-year drop in the number of attacks on ships in Nigerian waters, according to Jamoh.

The latest IMB quarterly report of piracy and armed robbery against ships recorded only two incidents in Nigerian waters between January and March this year, compared to 11 attacks within the same period last year.

“These figures are proof that we can make our waters safe and secure, and we are determined to do so,” Jamoh added. “Today, we are here to receive the final phase of assets under the Deep Blue Project to further boost our capacity to secure our waters up to the Gulf of Guinea.”