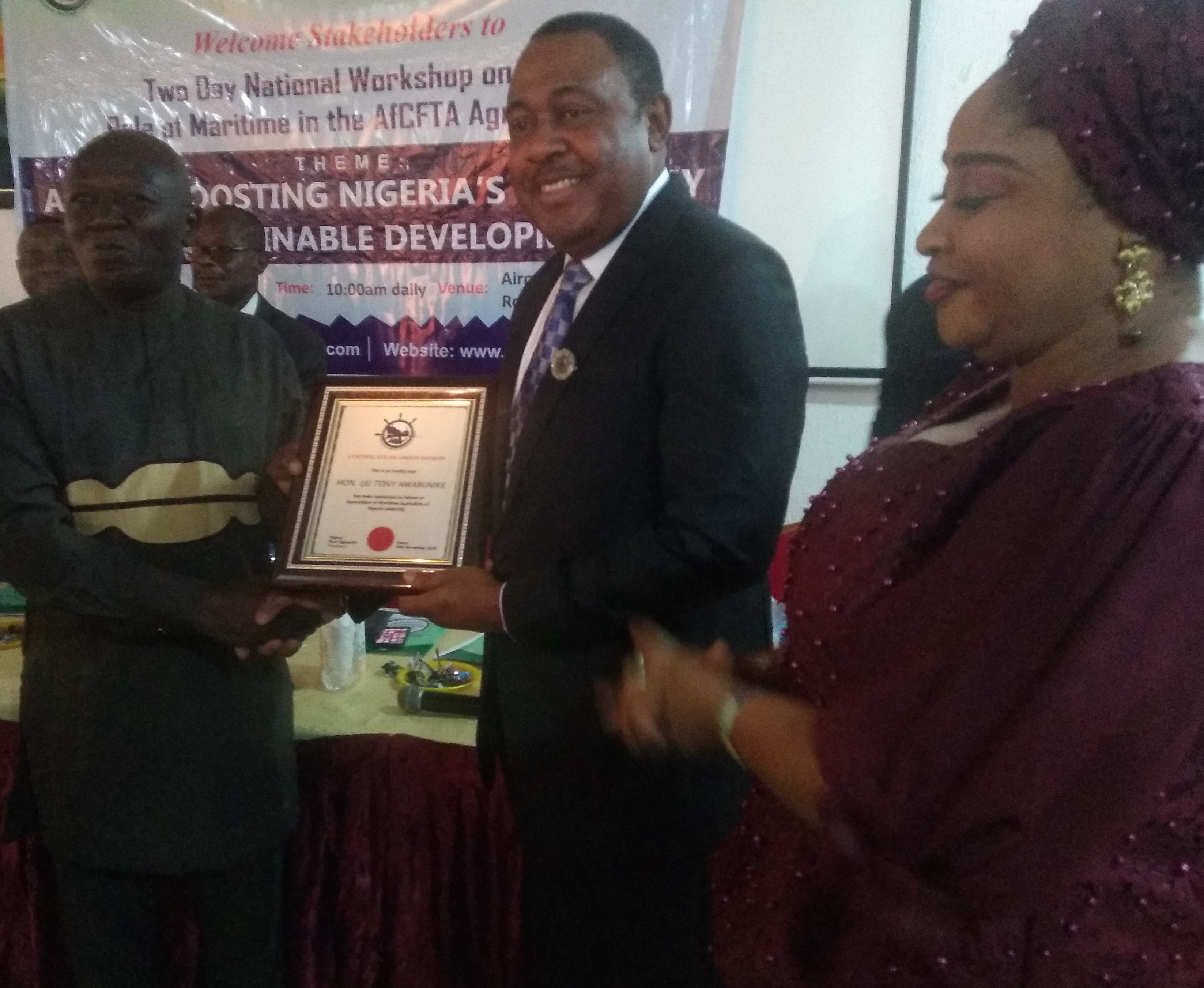 Beside a low manufacturing capacity, customs brokers and freight forwarders have warned that Nigeria stands to lose more of the expected gains of the competition-driven African Continental Free Trade Area (AfCFTA) agreement in the services sector due to its supply chain infrastructure deficit and discouraging tariffs.

Speaking at a workshop in Lagos on “The Role of Maritime in the AfCFTA Agreement, National President of the Association of Nigeria Licensed Custom Agents (ANLCA), Prince Tony Iju Nwabunike, insisted that by the way import guidelines and procedures are turned out and implemented year after year, Nigeria was not yet ready for AfCFTA.

In his paper titled, “The Role of Nigeria’s Freight Forwarders in the Emerging AfCFTA Regime,” at the event organised by the Association of Maritime Journalists of Nigeria (AMJON), Nwabunike noted “a gradual but steady distrust between customs officers and customs brokers over cargo value differences.”

ANLCA frowned at the yearly target being given the “overstretched” Nigeria Customs Service (NCS), as Nigerians see the agency as “unfriendly,” instead of being allowed to function according to the standard of World Customs Organisation (CWO).

“All bottlenecks in clearing of goods and services must be streamlined for the borderless trade of AfCFTA. If the Federal Government provides a value benchmark as a means to standardised tariff charges, the misunderstanding may end. It is happening because government has encouraged it.

Customs’ responsibility on import and other port levies are supposed to be administrative cost to cushion maintenance, logistics support and infrastructure provisions. Revenue collection is a function of the volume of import.”

Nwabunike urged Nigeria to position for the stiff competition ahead in AfCFTA, stating: “We need to look into our import and export trade procedures.

“Import guideline and trade facilitation as it affects Nigerians should be looked into, ranging from infrastructure deficit like electricity and road networks, lack of incentives to local manufacturers and farmers, to multiplicity of government agencies (at the ports and along the roads) as its affects trade and services.”

Also imperative is attitudinal change for importers and exporters but “most importantly, freight forwarders and customs brokers should have the same level of training on tariff and trade procedures. Hard decision should be taken against defaulters of the agreement.”

Against the fears of Nigeria becoming a dumping ground, ANLCA urged government to provide the enabling environment for local manufacturers and farmers to export their goods and services.

Also, “while stimulation of local manufacturers must be encouraged, the Nigerian Government must be sensitive to unban some goods that are not made or being manufactured in Nigeria as of today.”

Nevertheless, he stressed that a country that depends on import duty receipts to substantially finance its capital expenditure or balance its budget will not be sincere with the AfCFTA regime, adding that if the policy is right, “it is Nigerian products that should flood and dominate African market.”

On his part, President of the National Association of Government Approved Freight Forwarders (NAGAFF), Mr. Increase Uche, stated that AfCFTA is all about efficiency of the supply chain.

Speaking on “The Role of Nigeria’s Freight Forwarders in the Emerging AfCFTA Regime,” Uche, who was represented by Mr. Fred Akokhia, explained that if Nigeria could produce everything but remained unable to take them even to Benin Republic, its efforts would amount to nothing.

He lamented the country’s lack of production capacity and widening infrastructure deficit, adding that “if it (AfCFTA) is a competitive market, the challenge should be how to get yours to others before others get theirs to you and others.

According to him, aggressive export policy will overcome the fear of Nigeria becoming a dumping ground, but without a shipping line, deep seaport, viable road infrastructure, as well as a lingering port congestion, and high and unstable tariff, Nigeria is least prepared to gain maximally from the export competition that AfCFTA entails.