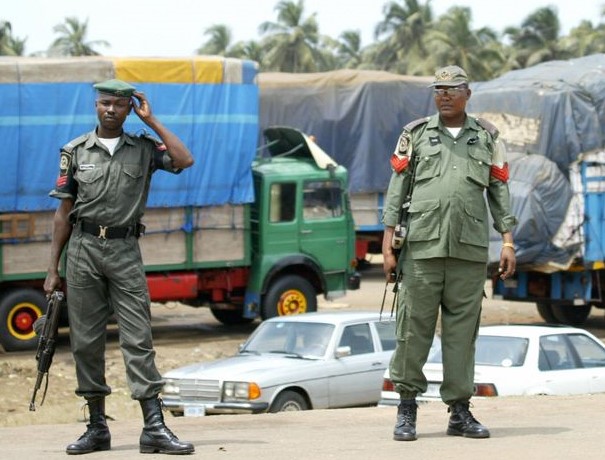 A scene from the Nigeria-Benin Republic border

One year after the Nigeria Customs Service (NCS)-led international border closure codenamed “Exercise Swift Response” began, the agency has listed the gains so far to include seizures estimated at N11.030 billion, and improved security, economy, agriculture and inter-agency collaboration.

The border closure, which began on August 20, 2019, is coordinated by the Office of the National Security Adviser (ONSA) and jointly implemented by the NCS, the Armed Forces, Nigeria Immigration Service (NIS), Nigeria Police Force (NPF) and other security and intelligence agencies.

In a statement covering their operations in the North-West, North-Central, South-West and South-South geopolitical zones, the Customs Public Relations Officer, Mr. Joseph Attah, disclosed that 1,243 irregular immigrants and 622 suspected smugglers have been arrested in the past one year.

“For instance, the smuggling of drugs and proliferation of small arms and light weapons, which are drivers of terrorism and other forms of criminalities in the country, has been considerably curtailed.”

The exercise has “also made it more difficult for terrorists and other criminals to acquire arms and ammunition, while criminal elements find it challenging to make their way into the country through the land and maritime borders. This has thus contributed to the reduction in cases of transnational organised crimes.

“Exercise Swift Response has also boosted production of agricultural products, especially local rice, tomato, maize and poultry, among others, which has stimulated the growth of the agricultural sector/economy.

“Today, Nigeria is fast attaining self-sufficiency in rice production, as the border drill has drastically reduced rice smuggling into the country and catalysed rice production by farmers, while millions of direct and indirect jobs have been created.

“Huge amount of foreign exchange, which previously went into rice importation, is being saved. Rice farmers are now venturing beyond cultivation to milling, packaging and marketing.”

The agency appealed to Nigerians to continue supporting efforts at making the nation better secured and economically viable, while ongoing diplomatic engagements to finding lasting solutions to the concerns that necessitated the partial border closure lasted.