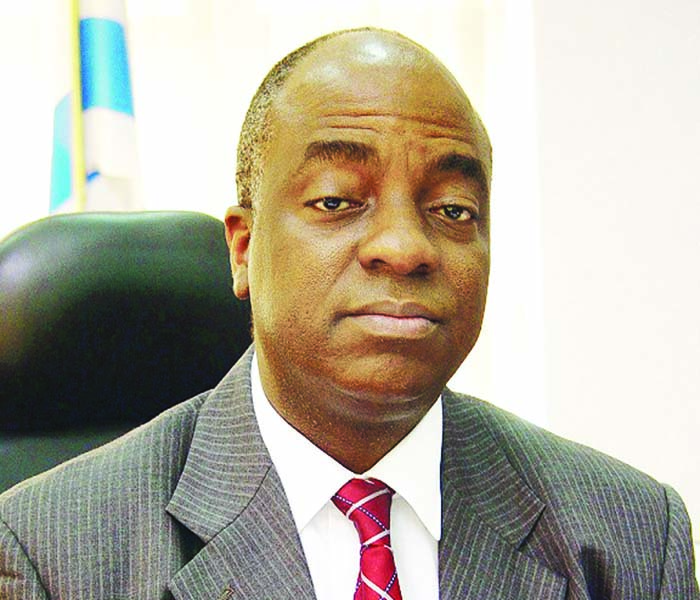 Contrary to the perception of many, Nigeria’s only obstacle to economic prosperity has not been capacity building but utilisation, as unexplored insights are daily turned into archives, the Chancellor of Landmark University, Omu-Aran, Kwara State, Bishop David Oyedepo, has declared. Speaking Thursday at the institution’s fourth Inaugural Lecture, delivered by Olasunkanmi Bamiro, PhD, a Professor of Production Economics, the cleric stated: “We don’t have problem with capacity building, our problems have always been capacity utilisation. “We have deep insights and we sleep with these insights. We need to work. A lot of ideas that could have changed the economic fortune of this nation are locked up in archives. Papers have left us where we are, we should stop counting papers and start counting products.” Extending the advice all Nigerian universities that desire a workable national development as the only way out of the continental indignity, Oyedepo urged Landmark University not to hold another inaugural lecture until the information from the present lecture is utilised. According to him, “Landmark, as well as every university across Nigeria, has a big task of translating all these lectures into products. We don’t have to wait for big machines from somewhere. We can start from where we are by improvising.” Meanwhile, in his lecture entitled, “Roadmap to Canaan: Production Efficiency and Integration in Agribusiness,” Bamiro established that Nigeria can attain food security if “effort is geared towards increase in yield of all food crops. “The two roadmaps to Canaan-food security discovered are efficiency in agricultural production and adoption of vertical integration in all agribusiness enterprises. Apart from food security, vertical integration will solve the herdsmen-farmers clashes and mitigate risks.” According to him, the perceived inefficiency in the use of resources was due to the users’ lack of technical knowhow, as the nation made enormous agricultural success at independence, when over 70 per cent of its populace practised agriculture and allied occupations as their means of livelihood. Bamiro noted that Nigeria produced the bulk of her food and exported a sizable quantity of agricultural commodities such as cocoa, palm produce, rubber, groundnut, cotton, and hides and skins, among others, which accounted for 60-70 per cent of the nation’s foreign exchange earnings, but this declined to 1.2 per cent in 2005. He added: “Nigeria is richly blessed with huge natural and human resources! She is endowed with about 91.1 million hectares of land, the second largest in Africa and the 32nd largest in the World. “The nation is also richly endowed with about 1.3 million hectares of inland water bodies and a coastline that extends over at least 853 kilometres. Despite these enormous potentials, Nigeria – like a prodigal child – still wallows in the wilderness of poverty, hunger and widespread food insecurity!” He regretted that the export of raw materials has not helped the economy but only plunge the nation further into despair, adding that its ability to engage the production chains of these raw materials would lead to the desired profitability, efficiency and productivity. Similarly, Bamiro said the consequence of oil boom was the rural-urban migration because of wage differential and the emergence of consumer-oriented lifestyles, which caused the withdrawal of a substantial labour force from agriculture, and government’s relative neglect of the sector in pursuit of cheap oil money. According to him, for Nigeria to arrive the land of Canaan, it must first realise the four dimensions of food security: “affordability, access, stability and health,” which interplay determines whether an individual, household, state or nation is food-secure or not. “Food security is, therefore, achieved when all people, at all times, have physical, social and economic access to sufficient, safe and nutritious food which meets their dietary needs and food preferences for an active and healthy life.” To achieve this mix, there must be “efficiency and integration,” he said, adding that “efficient farms make better use of existing resources to produce maximum output or incur the lowest cost,” while integration brings together two or more parts into one.” Earlier, the Vice-Chancellor, Prof. Adeniyi Olayanju, noted that the lecture was an important contribution by the university within the wider community on matters of agricultural sustainability, in line with the institution’s vision of leading an agrarian revolution for Africa.” He said the varsity was unrelenting in demonstrating its viability and ability to change and induce change via research contributions to the sustainable development and improvement of society at specific platforms.
Post Views: 949