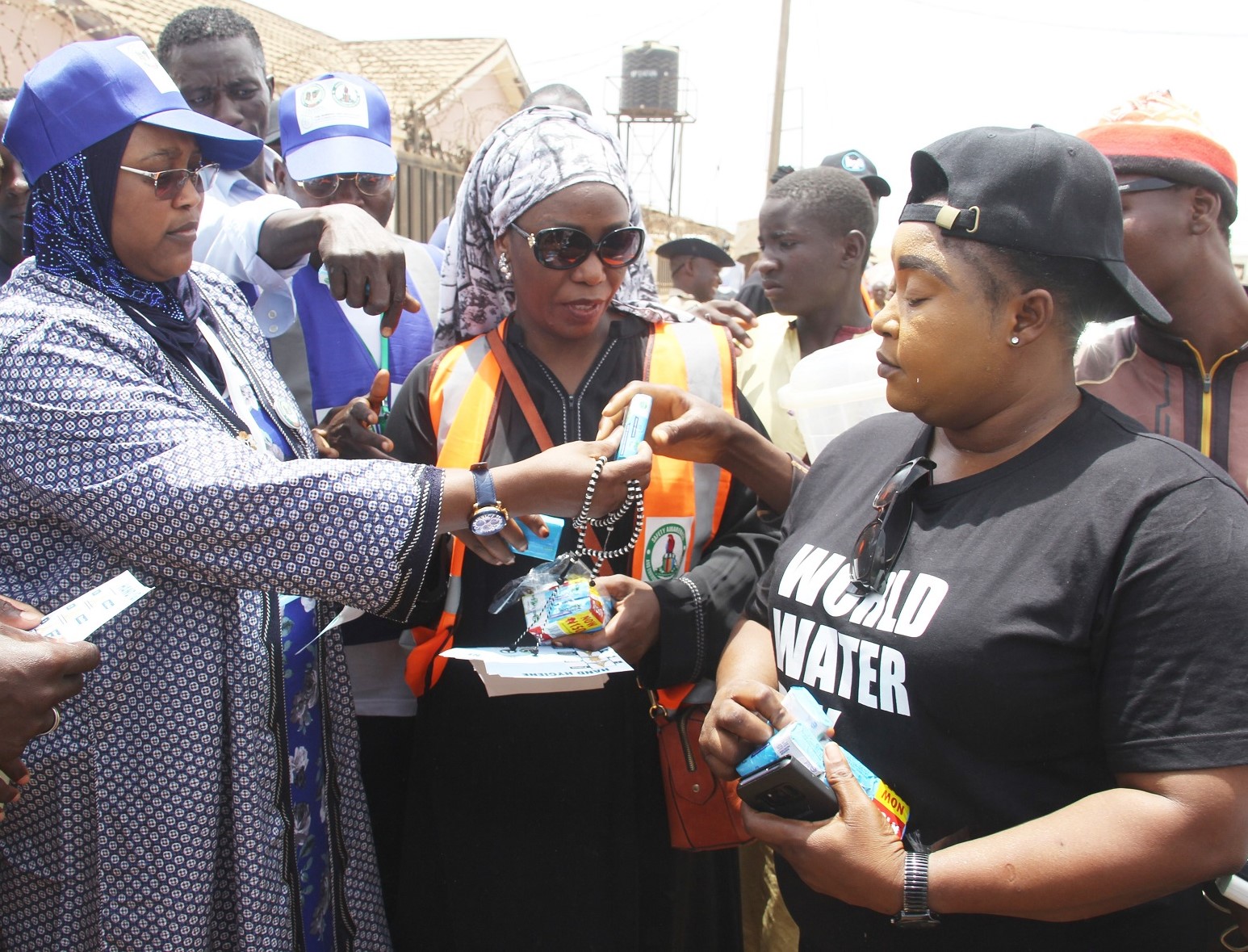 Shocked at the residents’ level of ignorance of the Covid-19 pandemic, a coalition of civil society and non-profit organisations, backed by health officials, has taken a sensitisation campaign to Aliata Village and environs in the Federal Capital Territory (FCT), Abuja.

The coalition, which comprised Number Two Initiative for Healthy Environment, Team GMB & Co, and Safety Awareness for Environment Support Initiative, educated residents on the nature of the virus and the hygiene practices to be observed to avoid it, including regular washing of hands.

It further sensitised them on the need to alert health officials in the event of suspected infection, just as it distributed sanitary items, including hand-washing liquids, among the people.

Speaking on behalf of others, the Executive Director, Number Two Initiative for Healthy Environment, Fati Abubakar, said the group had planned a rally for this year’s World Water Day but had to convert it to Covid-19 roadshow following the pandemic, which also prompted a ban on rallies.

Abubakar noted that as a grassroots intervention group, they were aware that a majority of rural dwellers do not have access to radio, television or internet, just as “most of them are also not literate, and a majority of the communities lack access to portable water.

“So, we felt that these people need to know about the pandemic and what to do at every point in time should it break out among them.

Meanwhile, the coalition expressed shock that some communities in Abuja were still ignorant of the virus, which is now ravaging the globe, and how to contain it. Therefore, it has called on the National Orientation Agency (NOA) to step up sensitisation of rural dwellers.

“It was surprising that a lot of people in the communities we visited today had not heard of the virus. That is the more reason this intervention is important, but beyond our effort, the government has to reach out to the people at this period,” Abubakar said.

The group further urged the Federal Government to mobilise traditional rulers nationwide, with emphasis on the method of information dissemination, to ensure that the language of communication is clear and understandable to the communities.

According to Abubakar, “it is not just about NOA engaging in awareness creation exercise, the mode of passing information is also important.