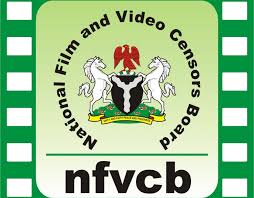 For greater efficiency of service, and in line with the recent promotions in the agency, the National Film and Video Censors Board (NFVCB) has created three new directorates – ICT, Research and Library Services; Planning and Media Literacy; and Operations.

The departments, carved out of the existing ones to accommodate the new directors, will be headed by Ejike Joseph Ochogwu, Deborah Malgwi and Bola Athar respectively – who were recently promoted from deputy directors to directors, the NFVCB Director of Administration, Chigozie Uwaezuoke, disclosed in a statement.

Similarly, five members of staff were converted from different cadres, while two appointments were confirmed according to civil service procedure, the statement added.

Speaking on the promotions, the NFVCB Executive Director and SMC Chairman, Adedayo Thomas, thanked President Muhammadu Buhari and the Minister of Information and Culture, Lai Muhammed, for promptly approving list.

He urged the beneficiaries to rededicate themselves to service with full cooperation and unflinching support, adding that new approaches and strategies would be required as they take on their new and challenging roles.