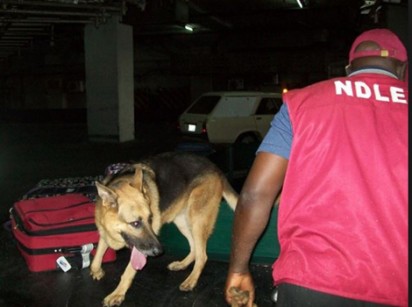 PORT HARCOURT: National Drugs Law Enforcement Agency, NDLEA, has arrested three suspects with 7.5 kilogrammes of Cocaine at the Port Harcourt Port in Rivers State. The Director of Prosecution and Legal Services, NDLEA, Joseph Nbona Sunday, who disclosed this in Port Harcourt explained that the arrest and seizure followed months of extensive surveillance and monitoring of the suspected import. Sunday said: “NDLEA has seized 7.5 kilogrammes of cocaine at the NPA Port in Port Harcourt, Rivers State. At the moment, three persons have been arrested in connection with the recovered drugs. “This seizure followed months of extensive surveillance and monitoring of the suspected container and several days of hard-work by NDLEA personnel to locate, offload and cut through the huge mass iron bars of tremendous thick density of pure mass of steel with a diameter of over 1ft. “This cocaine seizure was therefore a product of professional management of information, hard-work, perseverance and sheer determination of the Agency and its personnel that were involved in the operation. Sunday noted that the choice of Port Harcourt port by the suspects to smuggle the hard drugs into the country was based on perceived laxity at the port, but stated that the success of the operation was based on support from the chairman of the agency, Col. Mohammad Mustapha Abdullahi (rtd) and commitment on the side of the operatives in the state. He said: “It must be emphasized that this seizure is first of its kind in the existence of the NPA port in Port Harcourt. Its significance is that no entry/exit point of the country is free for illicit traffickers of drugs. “The choice of the NPA port Port Harcourt to smuggle the seized cocaine must have been deliberate based on their observed or perceived laxity at the port but for the vigilance, dexterity and proactive disposition of the NDLEA and its personnel.”
Post Views: 827