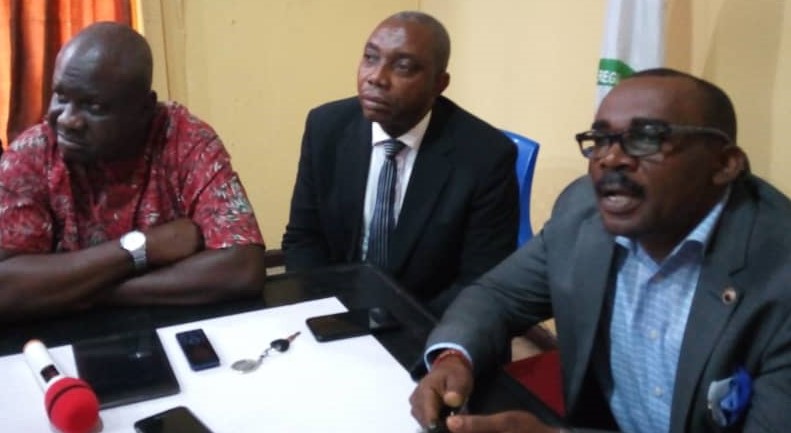 In view of the increasing congestion at the Western Ports and the poor access roads, the National Association of Government Approved Freight Forwarders (NAGAFF) has welcomed the recent directive by the Nigerian Ports Authority (NPA) diverting vessels to the Eastern ports.

Addressing the media in Lagos, the NAGAFF National President, Mr. Increase Uche, said the directive was timely, and that such diversion would reduce vessels’ waiting time and consequent costs. According to him, “diversion of vessels to Eastern ports is a good initiative.

“At present, the (Lagos) ports access roads are not in good shape, even as port congestion is leading to hopelessness on the access roads. Recall that some years back, the Federal Government took similar step by diverting vessels to Calabar port due to congestion in Lagos.”

Beyond such occasional intervention, however, Uche stressed the urgent need for competitive ports, as in other countries, stating that “in reality, it is obvious that Lagos ports cannot be expanded anymore. So, we must put measures in place to develop our port industry and operate in line with global best practices.”

On his part, the Founder of NAGAFF, Dr. Boniface Aniebonam, urged the Federal Government to review the impact of the land border closure against what motivated it, to see if such objectives have been met, and to re-open the borders for regional integration to thrive.

“Whatever led government to take that action, we do hope that they have been able to tidy it up. Firstly, our neighbours should be brought to a roundtable to discuss these issues.

“Secondly, if there are lapses that cannot allow implementation of trade policies at the borderline, let us address the issues. If the government has not concluded whatever made them to shut the boarder, they should tidy it up in the interest of the public.”

He regretted government’s lack of preparedness to efficiently handle the much expected cargo inflow following the land border shutdown, which has now led to congestion. According to him, “we know that the port is a gateway to the nation’s economy and if that is the case, something urgent has to be done.

“Cargo handling has increased and apparently, we are not doing so much to take the inflow of cargoes. At the moment, the port is stressed, and it means we will continue to have the issue of congestion. The things we thought the port concession would have solved are currently raising more ugly heads, though there has been improvement in cargo handling.

“A trip that could cost a few hours now takes six days. When you now return your container, the container deposit is eventually deleted and the shipping companies take it. The money is also leaving the country and we are losing a lot.”

Similarly, he reiterated the need for NAGAFF members to comply with all port regulations, including the recently reintroduced Practitioners Operating Fee (POF) by the Council for the Regulation of Freight Forwarding in Nigeria (CRFFN), as a sure way to trade facilitation and speedy clearance of cargoes from the ports.

“Right now, there is a problem at the ports which has to do with the level of compliance to port regulations. Compliance is very critical and freight forwarders need to ensure that they comply with all regulations.

“Customs revenue target for 2020 seems to be higher than it was in 2019. It means that the customs is going to do things differently and this calls for concern. People must try as much as possible to be honest in whatever they do as it concerns trade. If you don’t do that, you will likely have yourself to blame.”