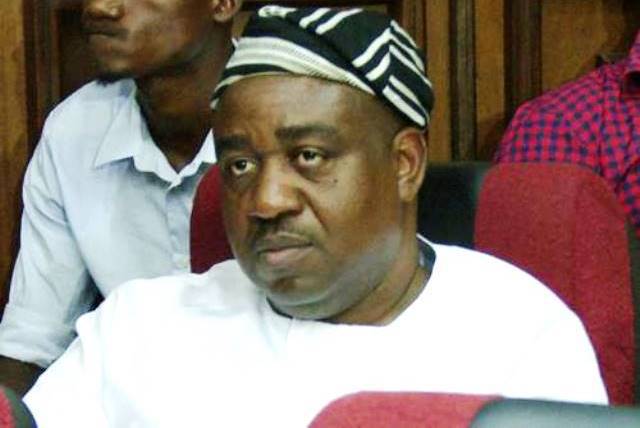 The Economic and Financial Crimes Commission, EFCC on Thursday questioned and detained a former Benue Governor, Gabriel Suswam, for allegedly collecting the sum of N450 million from the former Petroleum Minister, Alison Madueke. A top anonymous source who confirmed the development to the Sketch Online said that Suswam was invited to explain his role in the sharing of the state’s share of the N23 billion, out of which he personally collected the sum of N450 million. According to the source, the money was allegedly dished out as bribe to influence the outcome of the last presidential election. Other sources in the commission has said that the former governor was detained to enable him to tell operatives all that he knew about the N450 million, which he personally collected from a bank and what he did with the amount. Suswam, who is facing another set of charges over alleged looting of public funds, arrived the premises of the EFCC around 10 am in the waiting arms of operatives, who immediately took him in to answer questions on the N450 million, which the Benue State chapter of the Peoples Democratic Party got as its own share of the election booty. Meanwhile, a close aide to the ex- governor who confirmed the development to the Sketch Online at about 8:08pm said that he was unsure if the EFCC would allow Suswam to go home.
Post Views: 958