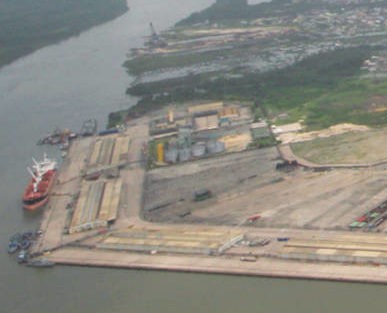 Okoja disclosed that Escravos Seaport was one of the consultant financiers and partners that played a prominent role in their getting a provisional approval, and has “signed a partnership agreement with us on this project.

“They came to Lagos and have other programmes with Delta State. And we intend to continue our relationship with Port of Antwerp International on this particular project.”

According to him, the project is in two phases – ESIC1, which is the seaport complex and backbone of the project, and ESIC 2, which will open up the waterway transportation from Escravos Seaport into the hinterland through Rivers Niger and Benue, and such other regions as Onitsha, Lokoja and Makurdi, among others.

On his part, the Managing Director of Port of Antwerp, Kristof Watershoot, has expressed the company’s confidence in Nigeria’s potential for new ports.

“We have met with the team of MMCC on several occasions and will start working together on further developing the Escravos Seaport project with other partners.

“On our side, it will be a step-by-step approach. We started collaboration on the partner side and have signed the collaboration. This kind of project has a lot of steps; we need to see how the team can further grow and how we can help in making the project realised.”