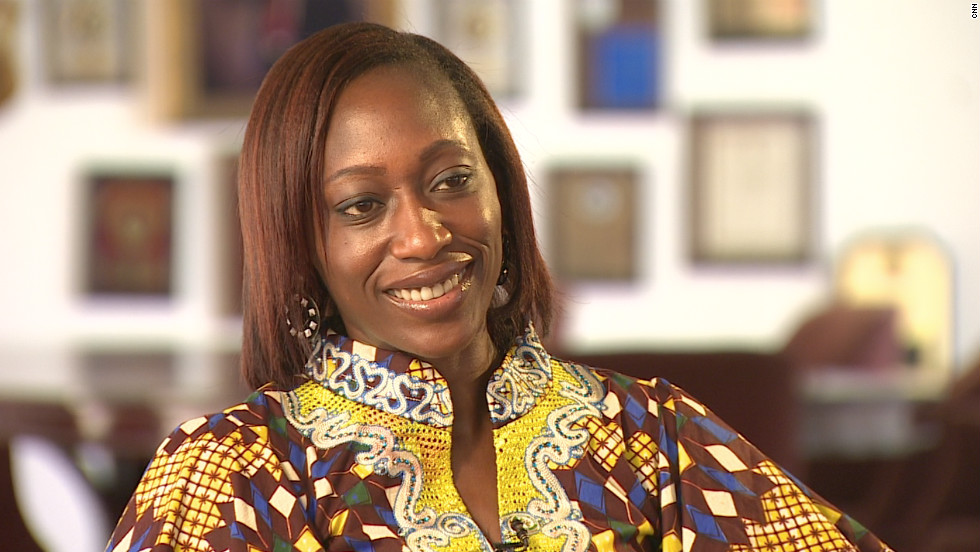 Hafsat Abiola-Costello, daughter of MKO Abiola, is “full of gratitude” to President Muhammadu Buhari for declaring June 12 as Nigeria’s Democracy Day in place of the May 29 that has been celebrated since 1999.

Aside the declaration, Buhari also announced that MKO Abiola would be posthumously awarded the highest honour in the land, GCFR, on June 12, 2018, while Ambassador Baba Gana Kingibe, his running mate, is to be invested with a GCON. Gani Fawehinmi SAN is to be awarded posthumously a GCON. Reacting, Abiola-Costello said no words could capture “the depth of my gratitude nor the breadth of my joy”. She said she had waited in vain for many years but she lost hope when it became clear that there was a plan to erase her dad’s name from the country’s democracy. “I had expected that the handover from military rule to democracy would be held on the 12th of June. That would have signalled the completion of a circle that began with a dream deferred,” said Abiola-Costello, President of Kudirat Initiative for Democracy (KIND) who, just days ago, was appointed Executive President of Women in Africa (WIA) initiative. “That became one fulfilled. But I waited in vain. The handover was set for May 29, a date pulled out of thin air, signifying nothing. “Then I thought that the chief beneficiary would ask the country to observe a minute of silence. In memory of MKO, Kudirat, Alfred Rewane, Umaru Yar’Adua, Bal Kaltho, the thousands of students, the tens of journalists, traders and politicians who lost their lives fighting to actualise an unjustly annulled election. “Again, I waited in vain for he started his inauguration speech…and nothing was said. The first four years passed and it became clear that the goal was to erase the name of the man whose sacrifice paved the way for our democracy. “Those four years set the tone. And I got tired of waiting. As it slowly became clear that to wait was to wait in vain. “May we live to witness many more days when justice triumphs over injustice, when sacrifice and service win over arrogance and fraud, and when the blood of our heroes reach from across time to boldly claim the reward that their actions wrought. “I stopped expecting my country to do the right thing by my father and instead began to understand why Nigeria struggles to find patriots among its leaders. Until today. “Today when President Muhammadu Buhari gave an executive order to declare that June 12 was Nigeria’s Democracy Day. To confer on MKO the title of GCFR, an honour reserved for presidents of the Federal Republic of Nigeria. “To confer on Gani Fawehinmi, the dogged fighter for justice, and my father’s running mate, Babagana Kingibe, the title of GCON, the second highest honour in the land. “And in one day, it got demonstrated to my bruised heart that integrity, fairness, honour were alive and well in a country for which both my parents had sacrificed their lives. “There are no words that can capture the depth of my gratitude nor the breadth of my joy. I thank God that I am alive to witness this day.
Post Views: 863