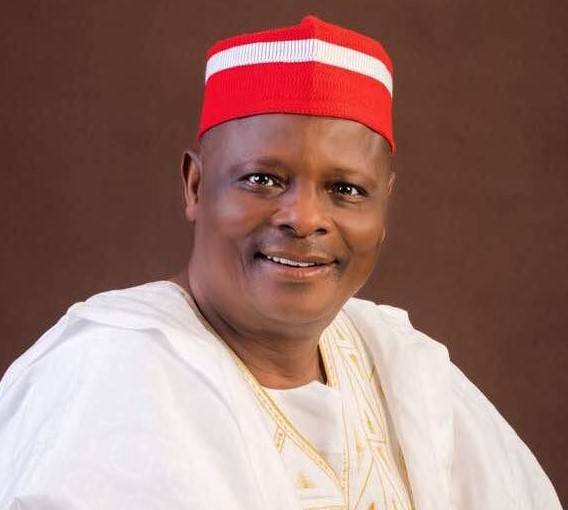 For efficient harnessing of Nigeria’s maritime resources and maintenance of infrastructure towards improved economic growth, the New Nigeria Peoples Party (NNPP) has vowed to place the control of the nation’s maritime sector in the hands of maritime professionals and stakeholders if it wins the 2023 general elections.

The NNPP presidential candidate, Dr. Rabiu Musa Kwankwaso, alongside the party’s leadership, gave the assurance in Lagos Tuesday during a town-hall meeting for Maritime Agenda, organised by the Prime Maritime Project ahead the 2023 general elections.

Kwankwaso assured that if the party wins, “under our watch, maritime professionals will take charge of the maritime sector,” adding that the “operators of the maritime industry know where it pinches the most and certainly have their insider-perspective on how best to revamp the sector.

“We will continue to tap into that insider-knowledge to have better understanding of the challenges so as to continue to fine-tune our proposed policies.

“In the end, we must all agree that this very important sector must be back on its feet and must be given the chance to support the growth and development of our country in the overall interest of our citizens.”

He explained that though the NNPP has a robust economic blueprint, in which maritime and transport logistics are incorporated, his presence was due to his conviction that “maritime is a critical element to the growth, survival and prosperity of Nigeria.

“The maritime industry gave birth to our great party, the NNPP, so my being here is largely to listen, appreciate and understand the expectations of maritime operators from me and our party should we eventually emerge winners of the 2023 general elections.

“Though I may not have been fully involved in maritime sector to understand its nitty-gritty, my experience over the years as a former deputy speaker of the House of Representatives, former governor, former minister of defence and a former senator has availed me some basic understanding of the sector, especially some of its challenges.

Linking the traffic congestion in Ijora and the Apapa port city to a lack of planning for the future, Kwankwaso said the menace of gridlock from articulated vehicles in a 21st Century Nigeria “goes to show that we rarely plan for the future.

“A port system originally designed for a population of less than 50 million people in the 1950s with less than 2.0 million cargo throughput has remained almost the same for over 200 million population in 2022.

As a way out, “our government will look into constructing a rail line from both Apapa and Tin Can Island ports to a dry port area outside Lagos, where arrived goods should be domiciled for clearance in order to stop heavy trucks from causing gridlock in Lagos.

“We should also look into the possibility of opening other ports such as Warri, Port Harcourt and Calabar, among others, to decongest the Lagos port.”

Beyond that, however, he regretted the steady rot in the sector and the attendant lost opportunities, stating: “So many things have gone wrong with the industry. I can still remember the days of the Nigerian National Shipping Line (NNSL) with its beautiful ships flying Nigeria’s flag across the globe!

“Why did it die? Why do we not have a replacement as the giant of Africa? What has become of the Cabotage Vessel Financing Fund (CVFF)? Why has it not been disbursed to the beneficiaries? From my little knowledge of the sector, a lot of questions are begging for answers!”

In summation, the desired assistance to all importers of goods, manufacturers, including exporters and other ancillary stakeholders associated with port operations and management, will be guaranteed under our party’s regime, by the special grace of God!

However, “having been here today, I have found out that more work needs to be done in the sector. I am therefore using this forum to solicit your support so that I can emerge winner of the 2023 general election.”

Going forward, he requested the stakeholders’ forum to form the nucleus of the group that will design “a workable and actionable maritime sector reform template, which should include clearance of goods arriving our ports within 72 hours, as done in other countries.

Earlier, chairman of the occasion, Mr Kunle Folarin, had enumerated the rot in the sector, regretting the incessant changes in the leadership of maritime regulatory agencies and the supervising ministry, which he said are often headed by appointees that have no knowledge of the industry, which adversely affects its growth.

This, among others, was also listed by the Prime Maritime Project, which said the series, which will be availed all presidential candidates, was meant to extract a social contract from them on their plans and commitment to placing the maritime sector in the front burner as a major economy driver.