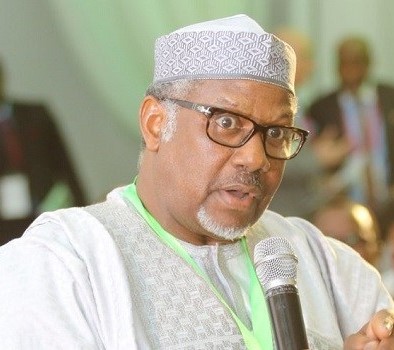 The Manufacturers Association of Nigeria (MAN) has urged the Federal Government to address the myriads of problems hampering the nation’s manufacturing sector, including its inconsistency in policies, which makes the economy unpredictable and discourages prospective investors.

MAN President, Mansur Ahmed, stated that “to a large extent, hindrances experienced in the production sector are largely caused by policy inconsistency and somersaults which leave no room for proper planning and projection.

According to Ahmed, who spoke during the 2022 edition of the MAN Reporter of the Year Award/Presidential Media Luncheon in Lagos, “indeed, this has led many manufacturers to close shop, and (also) discouraged prospective investors who are unsure what government’s next move will be.”

He disclosed that during MAN’s recent visit to President Muhammadu Buhari, he was presented with the sector’s critical areas of need, including “the hardship being experienced by manufacturers in obtaining forex to procure raw materials and spare parts that are not locally available.”

According to him, the forex problem has even worsened “in spite of the several Central Bank of Nigeria (CBN) policies such as the Naira4dollar scheme, Ban of Sale of Forex to BDCs and most recently, the proposed RT 200 FX Programme which stands for the “Race to $200 billion in FX Repatriation.”

MAN noted that though the CBN might have good intention with these policies, “particularly to drive support for the real sector of the economy, there is need to establish mechanisms for robust monitoring and evaluation, which ought to be part of the plan to ensure that the support to drive export really comes to fruition.

“MAN, who represents the interest of manufacturers in Nigeria, has offered to be a part of this process. We shall continue to offer recommendations to the government that will increase manufacturing sector’s contribution to the nation’s GDP.

“You are equally aware of the N10/per litre excise duty on non-alcoholic, sweetened carbonated drinks, which the association has vehemently spoken against due to the negative impact on the economy, with the end-users left to bear the cost.

“Evidently, the sector will be negatively affected by the excise duty beyond the increase in production cost, while the impact of Covid-19 on our business environment will equally weaken the sector’s recovery process.”

These shortcomings notwithstanding, MAN assured of continued efforts to proactively engage policymakers through evidence-based advocacy, so that government could see through the eyes of operators and contribute to the growth and development of the nation’s economy by right policy choices.

Ahmed had earlier commended the media for their contributions as partners in building a productive and prosperous nation by joining to advocate for conducive manufacturing environment through objective and quality news feature and broadcasts.

While noting the plethora of challenges that members face in the course of production, he called for a more critical attention to the manufacturing sector, hoping that such consistent push and noticeable collaboration would bring about improvement in the manufacturing landscape.

“This year, we shall endeavour to work more closely with you our partners, to explore innovative and more strategic advocacy mechanisms that will scale up the performance of the manufacturing sector and its contribution to the economy,” he stated.