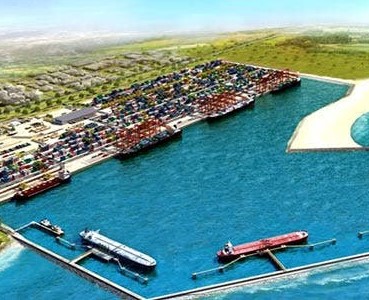 Preparatory to the commencement of commercial operations at the Lekki Deep Seaport next year, the Nigerian Ports Authority (NPA) said it was already facilitating the deployment of all necessary infrastructure to actualise the timeline for the project’s delivery.

According to the NPA Managing Director, Hadiza Bala Usman, “to meet the timeline for the port, we would deploy the control tower as well as the BTS and GDMS, which are critical infrastructure needed for the take-off of the port operations.”

Usman, who was among the stakeholders on the entourage of the Permanent Secretary, Federal Ministry of Transportation (FMoT), Dr. Magdalene Ajani, during the during the ministry’s first quarterly monitoring visit to the project site, stated that in addition, “we have to begin the construction of the administrative block.”

She spoke on the heels of the disclosure by the Managing Director, Lekki Port LFTZ Enterprise Limited, Mr. Du Ruogang, that construction work has reached almost 50 per cent with the completion of the 1,909m long core of the main breakwater.

Ruogang added that work on the quay wall and landside infrastructure has also reached advanced stages, stating that the core of the main breakwater was completed on Thursday, April 29, 2021.

Against this background, he assured that the entire project would be completed as scheduled, with a targeted commercial operations date in Q4 2022.

He further disclosed that the container terminal operator and CMA/CGM subsidiary, Lekki Freeport Terminal, would begin operations once the construction is completed.

On her part, Dr. Ajani said it was heart-warming that the project was moving at a fast pace. She assured all the promoters and stakeholders that the Federal Government would play its part to ensure the port’s smooth take-off in the last quarter of 2022.

According to her, progress of work since the ministry’s initial visit is impressive and government, through the FMoT, will work out modalities for rail connectivity to the port for easy evacuation and transfer of cargo to the different parts of the country.

Ajani also promised to liaise with her counterpart at the Federal Ministry of Works and Housing on the issue of the road network on the corridor to forestall congestion.

Bello assured that on completion, the Lekki Port would be economically transformational for the country and the entire West African maritime landscape.