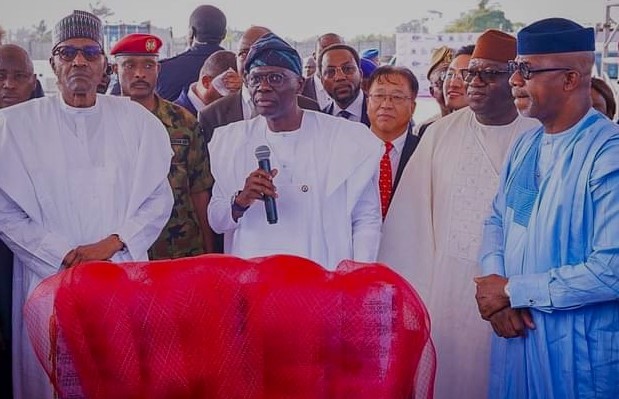 As part of its macro-economic benefits to the economy, Lekki Port will facilitate trade volume growth for Nigeria and increase the Gross Domestic Product (GDP), the Managing Director of Lekki Port LFTZ Enterprise Limited (LPLEL), Mr. Du Ruogang, has revealed.

Ruogang, who disclosed this to newsmen Monday at the Lagos Free Zone in Ibeju Lekki during the commissioning of the port, said it remained a game-changer that would redefine maritime activities in Nigeria and the entire West African sub-region.

Disclosing that commercial operations would commence at the facility by end of Q1 2023, Ruogang listed the other benefits as improvement of external trade competitiveness through improved port efficiency, and cost-efficient port operations and services.

The others include improved turnaround time for cargo handling and clearance, a reduction in delays in the supply of raw materials and equipment, as well as reduced cost of importation and charges such as demurrage.

“With Lekki Port, Nigeria will witness a growth in maritime traffic and global trade and strengthen connectivity and capability to provide efficient and reliable services,” Ruogang said.

“Lekki Port will be a critical engine that will drive the Nigerian economy upon commencement of operations. I am equally confident that it would help to reinforce Nigeria’s status as a regional maritime hub and enable many related industries to flourish.”

Nigeria’s first, the deep sea port is equipped with 13 quay cranes for a capacity of 2.5 million Twenty-Foot Equivalent Units (TEUs) on a 1.2 kilometre quay, with a depth of 16 metres, and will operate vessels with a capacity of up to 15,000TEUs and become one of West Africa’s largest.

The Lekki Freeport Terminal is operated by CMA Terminals – a subsidiary of the CMA CGM Group. Through the its new container terminal, the CMA CGM Group will further develop its presence in Nigeria and further consolidate its African global shipping and logistics network.

Meanwhile, Governor Babajide Sanwo-Olu said the project was a big testament to the state government’s commitment to supporting the provision of necessary infrastructure to improve Lagosians’ economic fortunes by providing thousands of jobs and impacting lives positively.

Also, the Chairman of Lekki Port, Mr. Biodun Dabiri, thanked the president and his team for giving all the necessary backing that ensured that the project came to fruition. He stressed that the management was working round the clock to get the port operational soon.

“We owe a great deal of this success to the visionary leadership of President Buhari, who provided the much-needed support to make the project a reality,” he stated.

“We are immensely grateful to President Buhari, Governor Sanwo-Olu, and all other stakeholders for their role in the actualisation of the port.

“For us, we would continue to be willing partners in the quest to achieve significant economic growth by investing in Nigeria.”