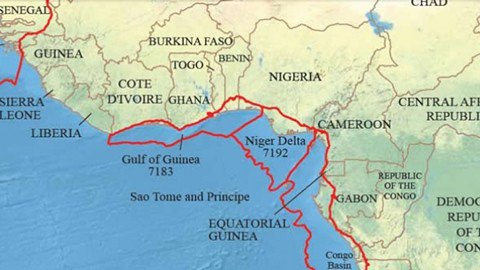 Countries of the eight-member Gulf of Guinea Commission, which fourth summit opened in Abuja Thursday, were represented by officials other than their presidents, thereby significantly taking the shine off the event. Host and Nigerian President, Muhammadu Buhari, was represented by Vice President Yemi Osinbajo, while the President of Gabon, Ali Bongo, was represented by Vice President Pierre-Claver Maganga, and President of Equatorial Guinea, Teodoro Obiangessor Mbasogo, represented by the Prime Minister, Vicente Tomi. Similarly, President Paul Biya of Cameroun was represented by his Foreign Affairs Minister, Mbella Mbella, while President of the Democratic Republic of Congo, Joseph Kabila, and that of Angola, Joao Lourenco, were both represented by their ambassadors to Nigeria. The Gulf of Guinea Commission was established by a treaty signed in Libreville, Gabon, on July 3, 2001, by Angola, Congo, Gabon, Nigeria and Sao Tome and Principe, while Cameroun and the Democratic Republic of Congo joined the Commission in 2008. The treaty constituted a permanent institutional framework for cooperation among the countries bordering the Gulf of Guinea to defend their common interest and promote peace and socio-economic development based on dialogue, consensus, ties of friendship, solidarity and fraternity.
Post Views: 1,004