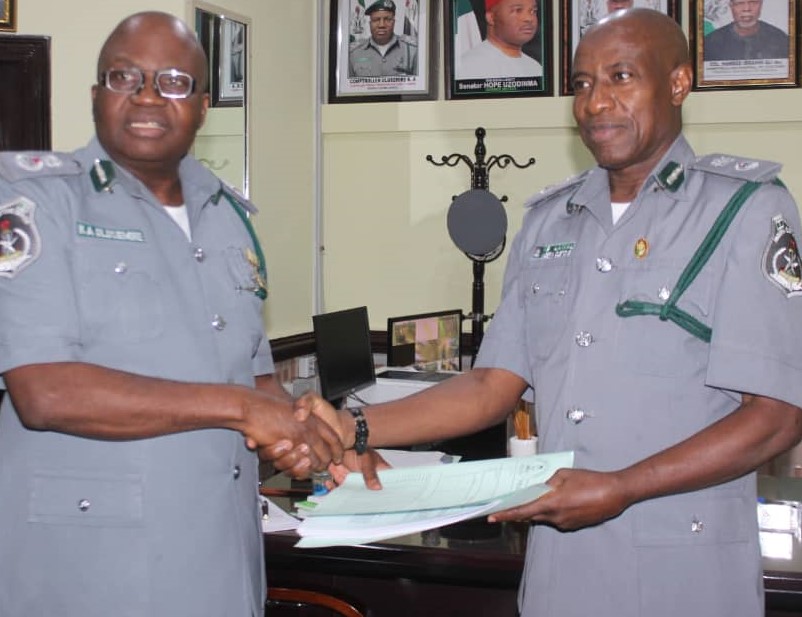 Compt. Lawal (right) taking over the mantle of leadership from Compt. Olusemire

Taking over Monday from Compt. Kayode Olusemire, who was recently redeployed to the Customs Headquarters, Lawal thanked his predecessor for his anti-smuggling feats during the period, according to a statement by the Command Public Relations Officer, Jerry Attah.

He declared that the forthcoming Yuletide period and beyond would be tough for smugglers in the 11 combined states of South-South and South East regions, and charged the operatives to be more vigilant against the tactics to evade tariff, including underpayment, under-declaration and false declaration.

Lawal urged importers and exporters in the concerned business community to be compliant in their dealings, warning that the unit would continue to act tough against smugglers by arresting them and seizing their wares.

Noting that trade compliance has become a tool for productivity and a way of building business integrity, he further sought the support of sister-security agencies, while hoping to consolidate on the existing synergy between his unit and other services.