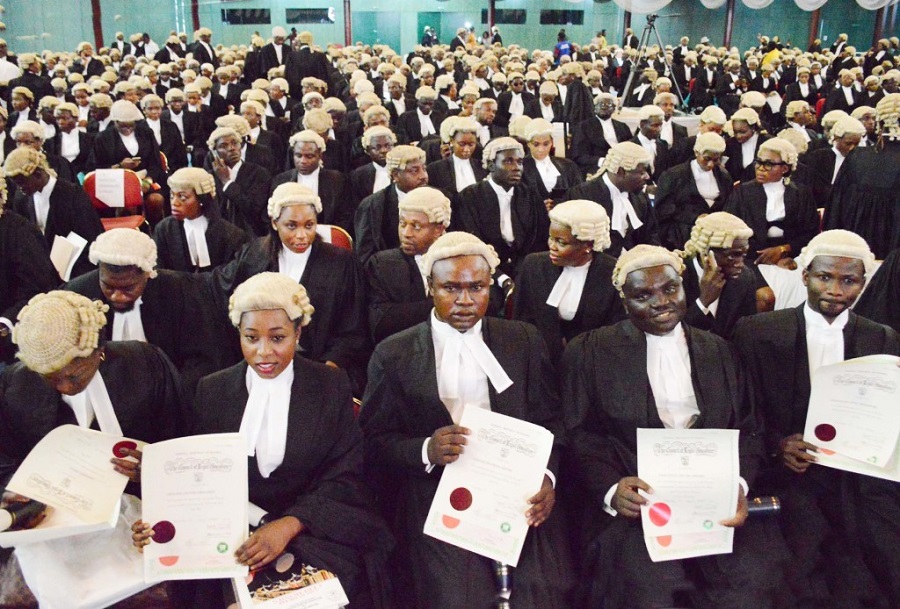 From Bridget Chiedu Onochie, Abuja The Nigerian Law School yesterday announced that about 1,272 students failed the Bar final examination held in August. This was contained a statement issued by the Head of Information and Protocol, Nigerian Law School, Chinedu Ukekwe. According to him, a total of 5, 891 students took part in the examinations, at the end of which only 4, 285 scaled through. He added that 334 candidates made a conditional Pass while 1, 272 failed. According to Ukekwe, 29 students were graded First Class, 211 Second Class Upper, 1, 046 made Second Class Lower, 2, 999 accounted for Pass, while 334 came out with conditional Pass. A further breakdown of the results showed that candidates with Pass accounted for 72.7 per cent, those with conditional Pass represented 5. 7 per cent, while those who failed were 21.6 per cent. Ukekwe however stated that the Call to the Bar ceremony for the successful candidates will hold on November 28 and 29 in Abuja.
Post Views: 1,037