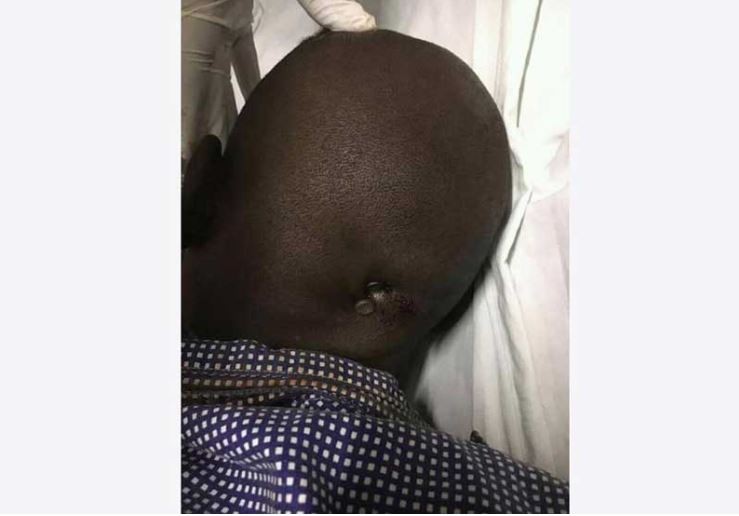 A 28-year-old Kenyan labourer identified as Robert Muchangi is reportedly in a coma after two steel nails were hammered into his skull Muchangi, a bricklayer from Meru County was said to have been attacked in Kabuitu last Wednesday by a man who allegedly offered him a building job at his home. Muchangi had reportedly gone to see the man to demand his dues and that’s how he was callously attacked. A witness, Dominisiano Kaunga who rushed the victim to hospital after the attack, told The Standard that the father of two was seriously in deep pain when he spoke to him about the assault before he lost consciousness. He was attacked at around 6pm. l got a call that someone had been found unconscious in my homestead and had two nails hammered into his head,” said Kaunga. According to him,  Muchangi regained consciousness while he was at the hospital and briefly spoke to him about the attack. “He mentioned the names of the people he said attacked him. He said he had gone to claim his money after working for one of the attackers,” said Kaunga, who accompanied Muchangi to KNH. Doctors at the Kenyatta National Hospital (KNH) managed to pull the four-inch nails out of Robert ‘s head. But after an X-ray was conducted the next day it was revealed that Muchangi’s skull and brain were injured. Dr. Kariuki also revealed that the victim had three nails hammered into his head, although two were deep. He said one nail had been plucked out before he was brought to the hospital. According to Standard Media, Robert is in a critical condition and police have launched a search for the suspects.
Post Views: 895