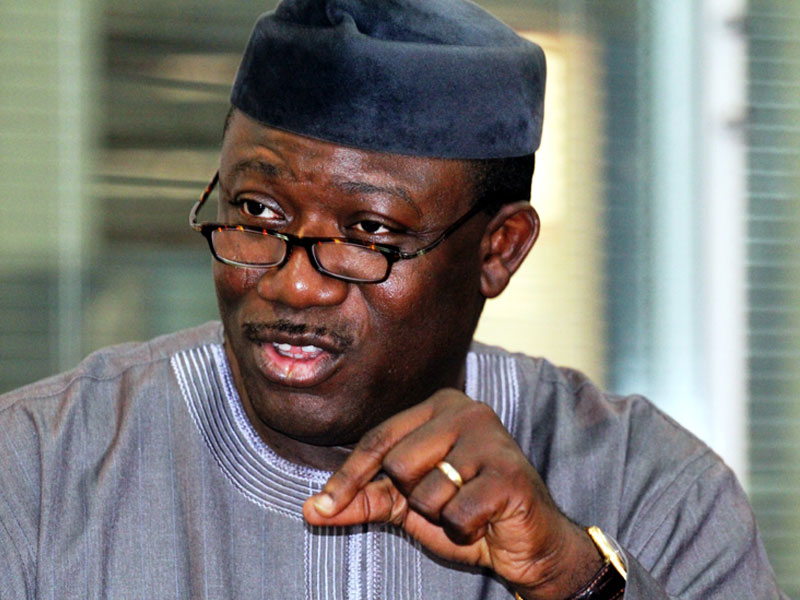 Minister of Mines and Steel Development Kayode Fayemi on Wednesday resigned from the cabinet of President Muhammadu Buhari, and handed over to the Minister of State Abubakar Bawa Bwari.

According to him, he resigned his appointment to enable him focus on his ambition of becoming the next governor of Ekiti state. Dr. Fayemi had earlier said that he was returning to Ekiti state because he has unfinished business with the state. “I have a sense of unfinished business; not a sense of wanting to come back for desperate reasons. I served as governor of the state for four years – whatever I’m doing is based on the record that somebody could be subjected to critical scrutiny,” he had said.

Fayemi, during his valedictory speech, said though Bwari was taking over in acting capacity, he hoped he would eventually occupy the office as a substantive minister.

“It will be better not to bring in someone who will not know the job as much as my colleague who has worked closely with me,” Fayemi said.