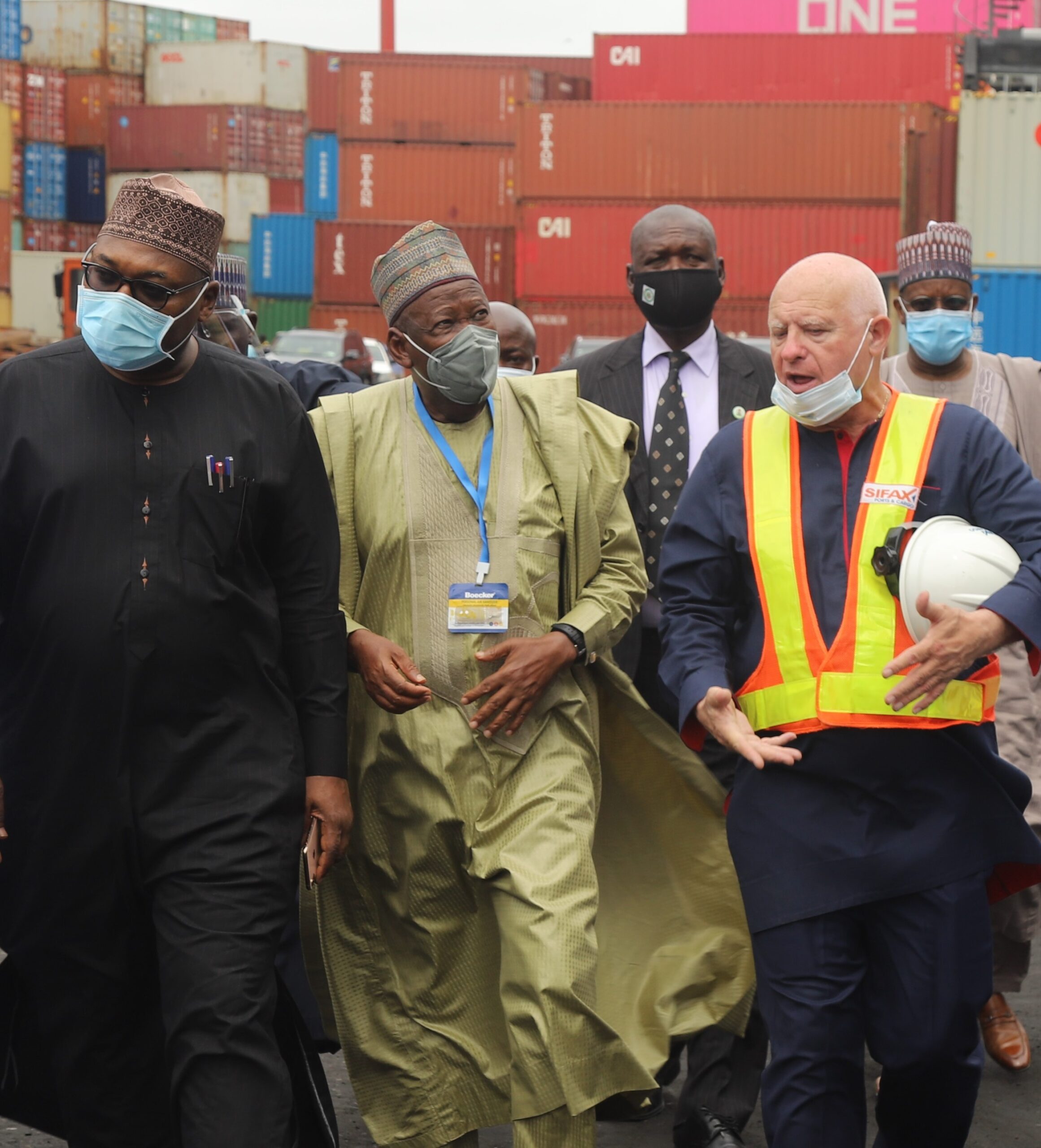 Kano State has urged the Federal Government to declare the Dala Inland Dry Port (IDP) as port of origin and destination to enable it boost foreign exchange earnings and the state’s Internally Generated Revenue (IGR).

The governor, Abdulahi Ganduje, who made the request during his visit to the Nigerian Shippers’ Council (NSC) in Lagos over the weekend, said the state has spent about N2.4 billion on the port project so far due to its economic importance to the people’s socio-economic wellbeing.

To that end, “we have already provided critical infrastructure required for the project, notably construction of standard dual carriage access road to the project site, provision of power and water, other essential support of propagating the project and promoting it – both for marketing and obtaining support from appropriate quarters, particularly the regulatory agencies,” Ganduje said.

“Upon completion, the dry port would equally serve neighbouring landlocked countries, including Niger Republic, Chad, Northern Cameroun and the rest of Sahel Africa, up to Mauritania.”

To achieve this goal, therefore, he sought the assistance of the NSC to “follow up with the Ministry of Transportation for the facility to be declared a port of origin and destination; and follow-up with the Nigerian Railway Corporation (NRC) for an extension of the rail line to the dry port.

Others include to “ensure cooperation and collaboration between the shipping lines and their agents with the inland dry port for a seamless flow of import and export cargoes; and to facilitate the actualisation of the inland port as a transport and logistics free zone.”

On his part, the NSC Executive Secretary, Hassan Bello, noted that the port could grow to 50,000 TEU in three years, and 80,000TEU in five years, as it would be receiving about 30 billion metric tonnes of cargo from Lagos by rail.

Noting that the IDPs would be part of the nation’s tools to harness the African Continental Free Trade Agreement (AfCFTA), Bello commended the Kano State for the progress of work on the access road, while work continues alongside on the perimeter fencing, electricity and water supply, among other amenities.

According to Bello, “it is not by our size or population, it is how far we have gone to bring infrastructure, industries and production to our various states that will make Nigeria benefit (from AfCFTA).

“The Free Trade Agreement is the largest single market, accounting for about $4 trillion in spending and investment across 54 countries; it would cover 1.2 billion people in Africa and over $3 billion in GDP.

“By 2050, it would expand the economy of Africa to $29 trillion, boost intra-African trade, which is currently at 18 per cent, to 52 per cent. In Europe, trade among European countries is 70 per cent, in North America it is 49 per cent, while in Asia it is 35 per cent, but in Africa we have only 18 per cent trade among ourselves.

“However, with the introduction of the AfCFTA, we would go up to 52 per cent, but the benefit would depend on infrastructure.”