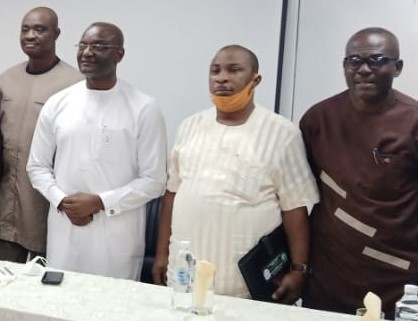 Among others, the Nigerian Shippers’ Council (NSC) will promote and protect the interest of freight forwarders in the maritime sector, especially through the ongoing terminal operators’ concession review, the Executive Secretary/Chief Executive Officer, Emmanuel Jime, has assured.

Jime, who spoke in Lagos during his maiden interaction with the leadership of the freight forwarding groups, also expressed determination to achieve the National Transport Commission (NTC) as a legacy of his tenure for the maritime and transport sectors.

He commended their contributions to the growth and sustainability of the maritime industry over the years, noting that “as Port Economic Regulator, the NSC cannot achieve anything without the support of stakeholders such as you in the maritime sector,” a statement from the Head of Public Relations, Rakiya Dhikru-Yagboyaju, read.

According to him, freight forwarders’ strong support and advocacy partly prompted the expansion of the NCS’s responsibilities to include port economic regulation. Therefore, he stressed the need for sustained partnership towards the development of the maritime industry.

Jime assured of the agency’s readiness to create a level play field for the freight forwarders at the nation’s seaports, while urging them to embrace professionalism and desist from unethical practices in their operations, eschew rivalry, consolidate into mega groups, as well as explore the inherent enormous logistics opportunities in the Africa Continental Free Trade Agreement (AfCFTA).

On their part, Vice President of the Association of Nigeria Licensed Customs Agents (ANLCA), Dr. Kayode Farinto, said it was necessary to reduce the cost of doing business at the ports, as well as promote trade facilitation, which he noted as lacking presently.

He commended the NSC and the Port Standing Task Team for their pivotal role in ensuring strict compliance with the Nigerian Port Process Manual (NPPM), which introduction, according to him, has begun to address anomalies at the ports.

Also, President of the National Association of Government Approved Freight Forwarders (NAGAFF), Mr. Increase Uche, called on Jime to sustain the robust working relationship between his predecessor and the associations, assuring of solid backing from the freight forwarding associations.

Meanwhile, the Africa Association of Professional Freight Forwarders and Logistics of Nigeria (APFFLON) has tasked Jime on NSC representation at the ongoing concession agreement review to avoid a repeat of the current unhealthy consequences of its exclusion from the previous concession arrangements.

APFFLON President, Frank Ogunojemite, further urged the NSC to address the introduction of arbitrary charges by some terminal operators, and the rivalry among government maritime agencies, which has hampered the development of a national single window and automation.