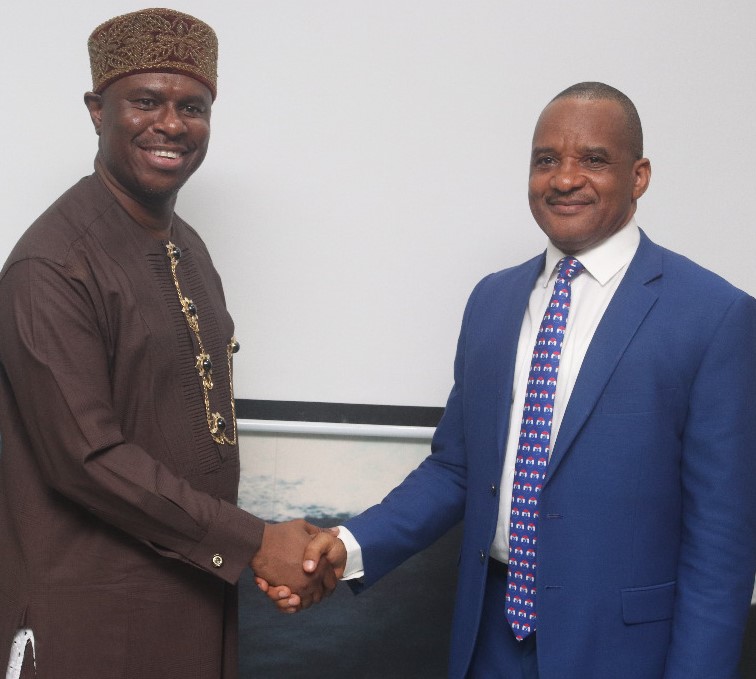 The new Director-General of Nigerian Maritime Administration and Safety Agency (NIMASA), Dr. Bashir Jamoh, will continue harnessing the potentials of the blue economy to consolidate on the achievements of his predecessor, and ensure a more robust engagement with industry stakeholders to drive the maritime sector forward.

Jamoh, speaking shortly after taking over the leadership of the agency from his predecessor, Dr. Dakuku Peterside, stating that “since government is a continuum, we shall hit the ground running immediately.

“We shall study your handover notes diligently to ensure continuity of leadership for the sector. I can assure you that we will consolidate on these efforts and take them further as we continue to pursue the ideals of a viable Blue Economy for our country.

“We shall also listen and engage more deeply and more frequently with all our stakeholders – both internal and external – and find time to address issues and make projections soon.”

Congratulating his predecessor for successfully completing his tenure, Jamoh described Peterside as a strategist, planner and executor, as well as an articulated person full of energy, passion and dedication.

“Today marks a turning point in the history and existence of NIMASA,” he said. “I am confident that with your continuous support, and the calibre of persons in the incoming executive management and board, the agency will achieve the ideals that informed its establishment, in line with global best practices.”

Soliciting stakeholder-support “to build an enduring and prosperous maritime sector,” Jamoh stated that concomitant with NIMASA’s core mandate of promoting and regulating shipping in the country “is the responsibility of ensuring safety of the Nigerian maritime domain for ease of maritime transportation, which is one of the critical catalysts for economic development.

He thanked Peterside and the former board for their resilience, team spirit and vision to make NIMASA a leading maritime light in Africa, just as he acknowledged their efforts “in the area of maritime safety and security, particularly with the Deep Blue project and ensuring the enactment of the anti-piracy law.”

Earlier, Peterside had commended Buhari for picking Jamoh, who he described as a technocrat and maritime insider to replace him as DG, adding: “I cannot wish for a better person to succeed me because Dr. Bashir’s immense knowledge and commitment to the growth of the sector cannot be over-emphasised, and I am sure he would continue our good works.”