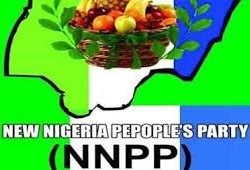 The Inter-party Advisory Council has condemned alleged attempt by the Delta State Independent Electoral Commission (DSIEC) to subvert the councillorship result of Umutu Ward 17 in Ukwuani Local Government of Delta State, which was won by the candidate of the New Nigeria People’s Party (NNPP), Mr. Enudu Eugene Chukwuka.

In the election conducted over the weekend, the NNPP, according to the two available result sheets by DSIEC, won the councillorship seat but with different margin of results, while the People’s Democratic Party (PDP) trailed by some distance.

While the NNPP beat the PDP by 103 to 80 votes, with APGA and NRM polling one and two votes respectively in the result sheet signed by the Presiding Officer, Olise Charity, another unsigned sheet in circulation but supported by a viral video of the PDP agent recounting the ballots in the full glare of everyone, was exclusively between the NNPP (108 votes) and the PDP, 67.

However, further attempts to scuttle the NNPP’s victory by DSIEC withholding the declaration of the winner was said to have led to unrest in the community yesterday, with the youths of the area spoiling for a showdown.

Reacting to the development, the Inter-party Advisory Council said it “will not in any way sacrifice the legitimate mandate of lawful candidates, irrespective of political party, on the altar of political correctness, as any attempt to suppress the collective will of Nigerian voters at all levels will be heavily resisted.”

In a statement by the National Secretary, Yusuf Dantalle, the body urged the DSIEC “to resist the temptation of being hijacked by desperate, failed political actors and immediately announce the winner of the election, as anything contrary may have dire consequences.”

It further solicited “aggressive advocacy” by civil societies and other critical stakeholders “to salvage the planned pilfering of an electoral mandate, and also ensure that this case serves as a deterrent to other State Independent Electoral Commissions with the penchant for organising charades in the name elections.”

While appealing to all aggrieved voters to peacefully stand by their mandates, it directed its Delta State chapter to “take all necessary actions within the ambits of the law to defend our democracy and ensure that the plan to subvert the will of the people is halted.

“Furthermore, the ongoing electoral amendment should empower INEC, in place of SIECs, to conduct all local government elections in the country while simultaneously adopting an electronic voting system so that the sanctity of the ballot box and our electoral process can be guaranteed.”