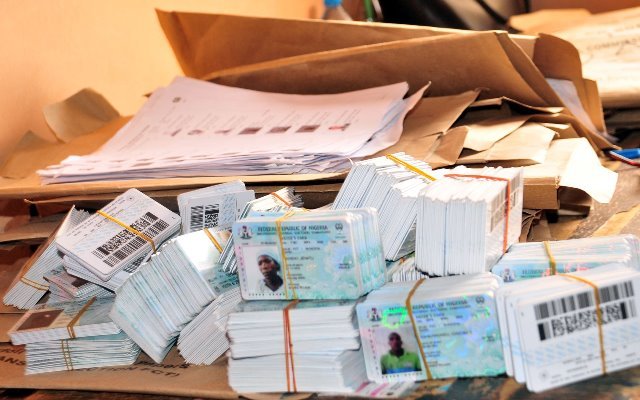 THE Independent National Electoral Commission (INEC) says it will soon embark on house to house distribution of Permanent Voter Cards (PVCs) to owners in Kogi. Prof. James Akpam, the state’s Resident Electoral Commissioner (REC) announced this on Wednesday in Lokoja during meeting with leaders of political parties, civil society organisations, security chiefs, media and other groups. He said that 293,340 PVCs remained uncollected in the state, saying that the move was to ensure that the cards got to the owners before the general elections. Akpam said that distribution would cover the 248 wards in the state, adding that the itinerary for the distribution of the cards was being worked out by INEC and other stakeholders. The REC revealed that 251,639 new voters were registered in the state from July 2017 to July 2018, noting that the newly registered persons included 129,643 females and 121,996 males.   He explained that the commission issued 59,627 PVCs to their owners and replaced 12,661 lost, damaged or defaced PVCs.   The commissioner said that the INEC office in Lokoja had taken delivery of printed 112,323 cards on behalf of newly registered voters, saying that only 18,887 of the cards were collected by their owners. According to him, the ongoing Continuous Voter Registration will end on Aug. 7 until after the 2019 general election elections. He, however, stated that the issuance of PVCs would continue until a week before the 2019 general elections.   He said that INEC staff would work extra hours, including weekends and holiday periods to cope with the anticipated surge in the number of eligible voters who would want to register. On the forthcoming bye-election to fill the vacant Lokoja/Kogi Federal constituency, the REC said that the election would hold on Aug. 11, and that voting and accreditation of voters would hold simultaneously. Those at the meeting were unanimous in their demand that INEC should not allow vote buying and should create level playing ground for contestants.   They also warned against excesses of security agents and demanded that officials and election materials should arrive early at polling stations on the election day.
Post Views: 869