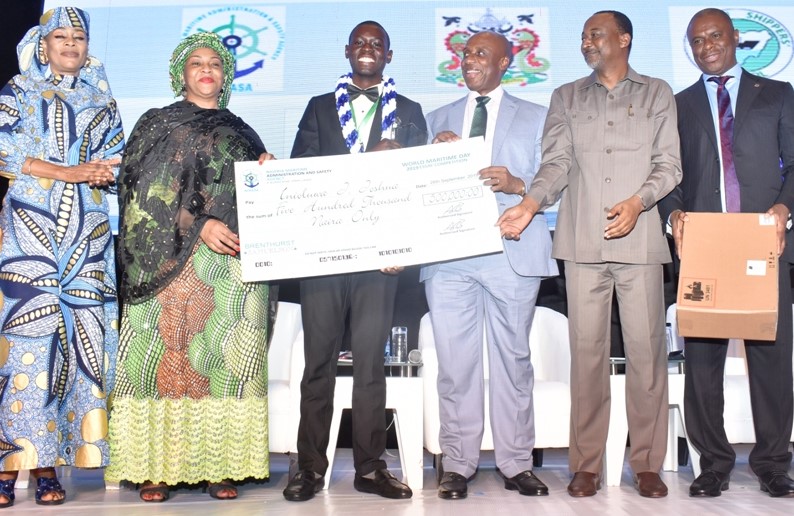 Nigeria’s Deep Sea Project, which comprises an ongoing maritime security infrastructure that aims to guard the nation’s territorial waters up to the Gulf of Guinea (GoG), will be a major economic trigger for the country, the Minister of Transportation, Chibuike Amaechi, has said.

Amaechi, speaking to the media in Lagos during the World Maritime Day celebration, with the theme, “Empowering Women in the Maritime Community,” assured that a secure maritime domain would inspire greater investor-confidence in the Nigerian maritime sector and boost its contribution to the national economy.

He restated government’s plan to link all seaports in the country to a rail system to integrate the maritime sector into the rail master-structure and make the movement of goods to and from the ports more effective and boost the economy.

He stated: “All seaports in Nigeria must be connected by rail; that is a policy of government. We have put in place a 25-year modernisation programme for the rail system. With the masterplan, we have taken rail from where the past government stopped into the seaports.

“For instance, the current Lagos-Kano rail line began from Ebute Metta, but when we came we started another line from Ebute Metta to Apapa seaport. With this, when you bring in your goods, you turn them to the rail that takes them to the hinterland. The one from Lagos to Calabar will link the Calabar, Port Harcourt, and Onne seaports, and so on.”

Similarly, the Director-General of the Nigerian Maritime Administration and Safety Agency (NIMASA), Dr. Dakuku Peterside, was optimistic that the women would play a major role in the maritime security project, stating: “We have various components in the coordinated maritime security solution and the female gender is already part of the project.

“Aside land, air and marine-based assets being acquired, we have an intelligence-gathering component, where the women are already playing a major role. We recognise gender equality as one of the key platforms on which we can build a sustainable solution to the security challenges in the Nigerian maritime sector.”

Meanwhile, 10 undergraduates who excelled in a NIMASA-organised essay competition on the topic, “Empowering Women in the Maritime Community,” were awarded educational grants.

An undergraduate of the University of Ibadan, Toluwalope Ojewola, was the overall winner of the final contest with nine others, who were assessed by an independent panel, after they had emerged from a pool of over 100 entries. He won the star price of N500,000, a laptop and a plaque.

The annual competition, which commenced in 2017, is open to only first and second year undergraduates in Nigeria and is part of NIMASA’s push to get the youths, particularly girls, involved in the intellectual discourse on harnessing the potentials of the blue economy.