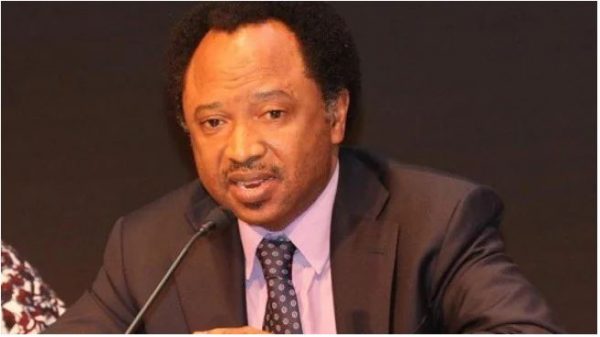 Shehu Sani, the senator who represents Kaduna Central in the National Assembly, says he will not leave the All Progressives Congress (APC) “for now” because he is “not a rabbit’ to fall for “juicy carrots”.

Sani said this on Thursday evening while appearing as a guest on Channels Television’s Politics Today.   Asked if he would remain in the APC, he answered: “For now, yes”.   With his many of his colleagues in the National Assembly who defected to the Peoples Democratic Party (PDP) said to be promised automatic election tickets, Sani said he had not been made any promise of an automatic ticket by the APC.   “I heard that senators were promised juicy carrots and I am not a rabbit. But what I know very well is [that] the PDP promised the automatic tickets,” he said.   “The APC said there is no automatic ticket and I believe I am very much prepared for any form of primaries.”   He urged the party to restore harmonious working relationship between the National Assembly and the Executive, warning that any illegal attempt to remove the leadership of the National Assembly will be dangerous.   “It is natural to protest and even to strike. But when issues are put on the table and they are about to be addressed, I think you should give it a listening ear,” he said.   “What I advise is that it is dangerous to attempt to circumvent the law to remove the leadership of the National Assembly. And there are ways we can address these issues.   “From my knowledge of what is happening particularly in the Senate, the numbers are not there. The numbers to remove the Senate President are not there. Also, the numbers to remove those on the side of the President are not there.”
Post Views: 992