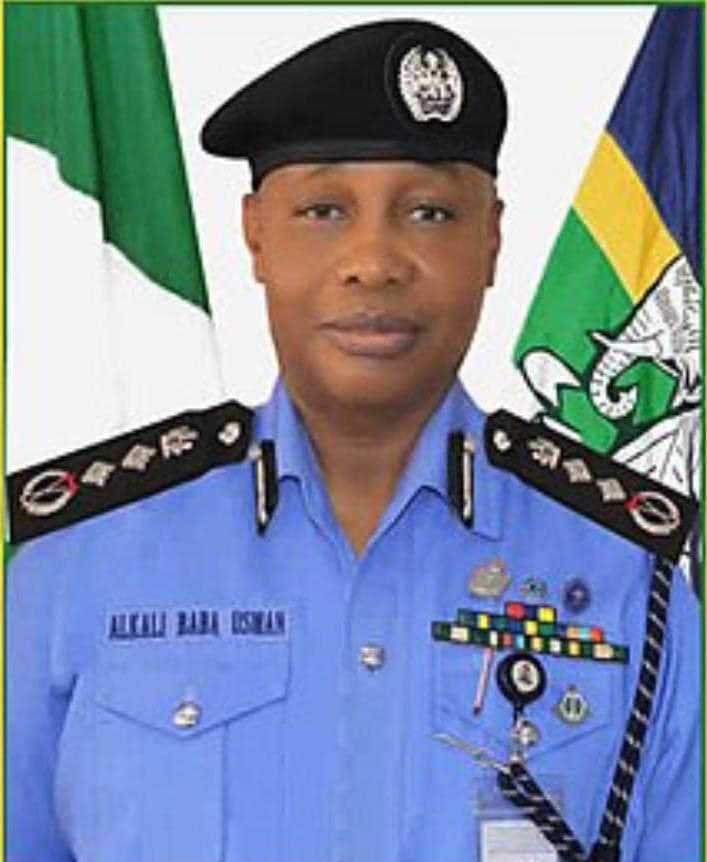 Nigerians including members of the Nigeria Police Force management team led by Inspector General of Police (IGP) Baba Usman Alkali were in July, 2021 taken aback when the media broke the news that a United States District Court in California had indicted the Commander of Nigeria’s Police Intelligence Response (IRT); Abba Kyari, a Deputy Commissioner of Police in the ongoing prosecution of famous Nigerian Instagram celebrity Ramos Abass also known as Hushpuppi.

The former IRT Chieftain was fingered in an internet scam involving more than $1.1million from a business man attempting to finance the construction of a school for children in Qatar.  Abass had mentioned Kyari’s name as one of the beneficiaries of the proceed of the scam through some involvement.

As the Nigeria police authorities were trying to understand the basis of the US Court order on one of the nation’s high profile officers, Abba Kyari took to his social media platforms to deny the allegation of his involvement in the internet scam.

In trying to exonerate himself from any culpability, Kyari went ahead to explain his marginal relationship with Abass which he claimed did not go beyond assisting him to procure some specially designed African fabric.

While Kyari unadvisedly chose to defend himself through the social media, the Nigeria Police Force being an institution that has its procedural approach to issues, was a bit circumspect, trying not to stampede itself into taking arbitrary steps on the issue; chose to understand whatever role Abba Kyari played in the matter.

To create a non-interference premise in the course of investigation, the police management team decided to place DCP Abba Kyari on suspension from active participation in police duties.  In his place, another Deputy Commissioner of Police was appointed to take over the leadership of the IRT.

The investigating panel reportedly submitted its report to the police management team and after a careful perusal, the IGP following statutorily established procedures, took the report to the Police Service Commission (PSC) as the final arbiter.

It was much of a shock and embarrassment to the police authorities that the same DCP Abba Kyari on Monday 14th February, 2021 was officially declared wanted by the National Drug Law Enforcement Agency (NDLEA) in connection with his alleged involvement in a 25kilogramme Cocaine deal.

The Agency said it took the decision after all efforts to get Kyari honour formal invitations extended to him for interrogation failed. NDLEA among other things, bemoaned a situation where those who are supposed to support current efforts to stem the tide of illicit drug trafficking and abuse, are themselves neck deep in the menace.

To erase any doubts as to its intention in declaring Abba Kyari wanted, NDLEA through its spokesman told journalists in a press conference that with the intelligence at its disposal, it strongly believes that DCP Abba Kyari is a member of a drug cartel that operates the Brazil-Ethiopia-Nigeria illicit drug pipeline and he was needed to answer questions that came up in an ongoing drug case in which he is a principal actor.

Contrary to expectations in some quarters that the IGP and members of the police management team would take exception to the public declaration of a senior police officer wanted and possibly stoke some inter-agency argument NDLEA, reverse was the case.

Such expectation had come from those who felt that Abba Kyari, who a few years ago had brought some honour to the Police Force through his outstanding performance in crime fighting, ought to be given some institutional coverage. Disappointingly, such could not be case as the Police Force as a national institution is greater than any individual in every ramification.

Obvious of this fact, IGP could not compromise his position and the greater image of the police he represents than any personal relationship he may have had with Kyari. He chose to do the needful by ordering a high level, discreet and in-house investigation into the allegation.

Quite mindful of the enormity of the issue at stake, the in-house investigators came out with an interim report indicating that DCP Abba Kyari and four others had a case to answer. To do the needful, the IGP ordered the arrest of Kyari and his men same Monday 14th February, 2022.  They were subsequently handed over to NDLEA.

Authorities of the Nigeria Police Force through their spokesman announced that Abba Kyari and his four officers were arrested for their involvement in an alleged case of criminal conspiracy, discreditable, unethical and unprofessional conduct, official corruption and tampering with exhibits in a case of illicit drug trafficking involving a perpetual transnational drug cartel.  The arrest of Kyari and others was sequel to pieces of information received from the leadership of NDLEA.

As investigation goes on at the NDLEA, the Nigeria Police Force under the leadership of IGP Usman Baba Alkali has promised to fully cooperate to ensure that the truth is unravelled.  IGP Alkali has so far demonstrated the fact that national interest far outweighs whatever personal relationship between him and his officers.