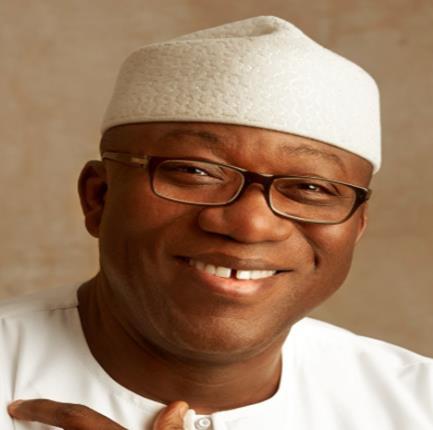 The governor-elect of  Ekiti, Dr Kayode Fayemi, has described his victory in Saturday’s governorship election as one “  for reclaiming the land and restoring Ekiti values.” Fayemi spoke on Sunday while addressing the newsmen in Isan-Ekiti  shortly after he was declared the winner of the governorship election. He said: ” The victory of this election, I believe, is for   reclaiming   the land and restoring the values of our people. Kayode Fayemi “Our values in Ekiti are respect for our leaders, commitment to our people, non brigandage, nor  criminality and so on. ” This victory is a victory for all, it is not a victory for only Gov.  Kayode  Fayemi, it is a victory for all the Ekiti people.’’ Fayemi also described his victory as  significant to  the future of democracy in Nigeria. “This was just not an Ekiti election, I want people to understand that this election has a lot of significance  to the future of democracy in Nigeria. ” The fact that we have witnessed a free, fair and transparent election process  has huge importance for similar exercises  like Osun State next door to  us and eventually the national elections in February 2019,” he said. The  governor-elect  thanked all the APC leaders, including President Muhammadu Buhari, National Leader of the APC,  Sen. Bola Tinubu, former governor of  Ogun,  Chief Segun Osoba, former interim Chairman of the party, Chief Bisi Akande,  as well as  party leaders in the state. He also thanked his family members, especially his wife, Bisi,  for their support  during the election campaign.
Post Views: 869