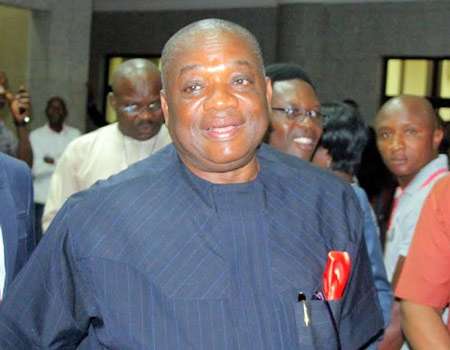 FORMER Governor of Abia State and chieftain of the All Progressives Congress (APC), Dr. Orji Kalu, has strongly refuted rumours that he is set to dump the APC for the Peoples Democratic Party (PDP) as reported on some online media platforms. Describing the propaganda as the handiwork of political jobbers and speculators, Kalu stressed that the APC of which he is not only a member but a strong activist remained the only political party to salvage Nigeria from the atrocities of the previous administrations. The former governor, while emphasizing that he can never rejoin the PDP, called on those spreading the fake news to look for other means of survival as against cheap political blackmail and character assassination. Lambasting the “perpetrators and cohorts of the vicious act,” Kalu maintained that in view of the achievements of the President Muhammadu Buhari led administration, the APC was waxing stronger in the South East and Nigeria in general. In a statement issued on Tuesday and signed by his Special Adviser, Kunle Oyewumi, Kalu registered his uttermost displeasure over the wrong reports being disseminated in some quarters maintaining that he remained not only a prominent member of the APC but a committed supporter of President Buhari, with no apologies to anyone.
Post Views: 2,381