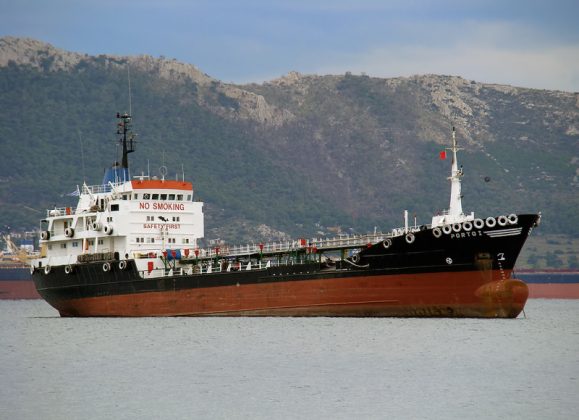 As its leads rescue efforts with the Nigerian Navy, the Indian High Commission in Nigeria and other security agencies, the Nigerian Maritime Administration and Safety Agency (NIMASA) has raised a strong suspicion on the status and activities of the hijacked tanker, MT APECUS, and its kidnapped seven crew members.

The Palau-flagged vessel, with IMO No.7333810 and Call Sign No. T8WU, was kidnapped off the coast of Bonny, Nigeria, on April 19 with five Indian nationals and two other individuals of unspecified nationality.

However, the NIMASA Director-General, while condemning the hijack and sympathising with the victims, disclosed that the agency’s preliminary investigations “have thrown up several unresolved facts. Firstly, the MT APECUS has been conducting trading activities in Nigerian waters since 2014 without any valid permit or documentation.

“It was further observed that the vessel has changed name and the flag under which she operates on no less than a combined 15 recorded instances, with an additional five changes in call sign since 1993 and four MMSI changes, which all point to her suspected involvement in illegal activities.”

In a statement by the Head of Corporate Communications, Mr. Isichei Osamgbi, NIMASA disclosed that before the vessel was hijacked, she was spotted in Lome, Togo on February 26, 2019 for an hour, Tema, Ghana for two hours on February 27, and Lagos anchorage for 29 minutes on April 2, until her eventual hijack on April 19.

It added: “Reports also indicate (that) the vessel was in the habit of switching off her Automatic Identification System (AIS) in order to avoid detection, and had done the same thing prior to being attacked, which had made locating her whereabouts extremely difficult. There is no clarity on her business in Bonny area where the incident occurred.”

Meanwhile, the agency hopes for a quick passage of its Piracy and other Maritime Offences Bill, already passed by the House of Representatives and scaled the second reading at the Senate, to grant it, alongside other security agencies, the necessary impetus and framework to fight piracy on the nation’s territorial waters and the greater Gulf of Guinea maritime domain.