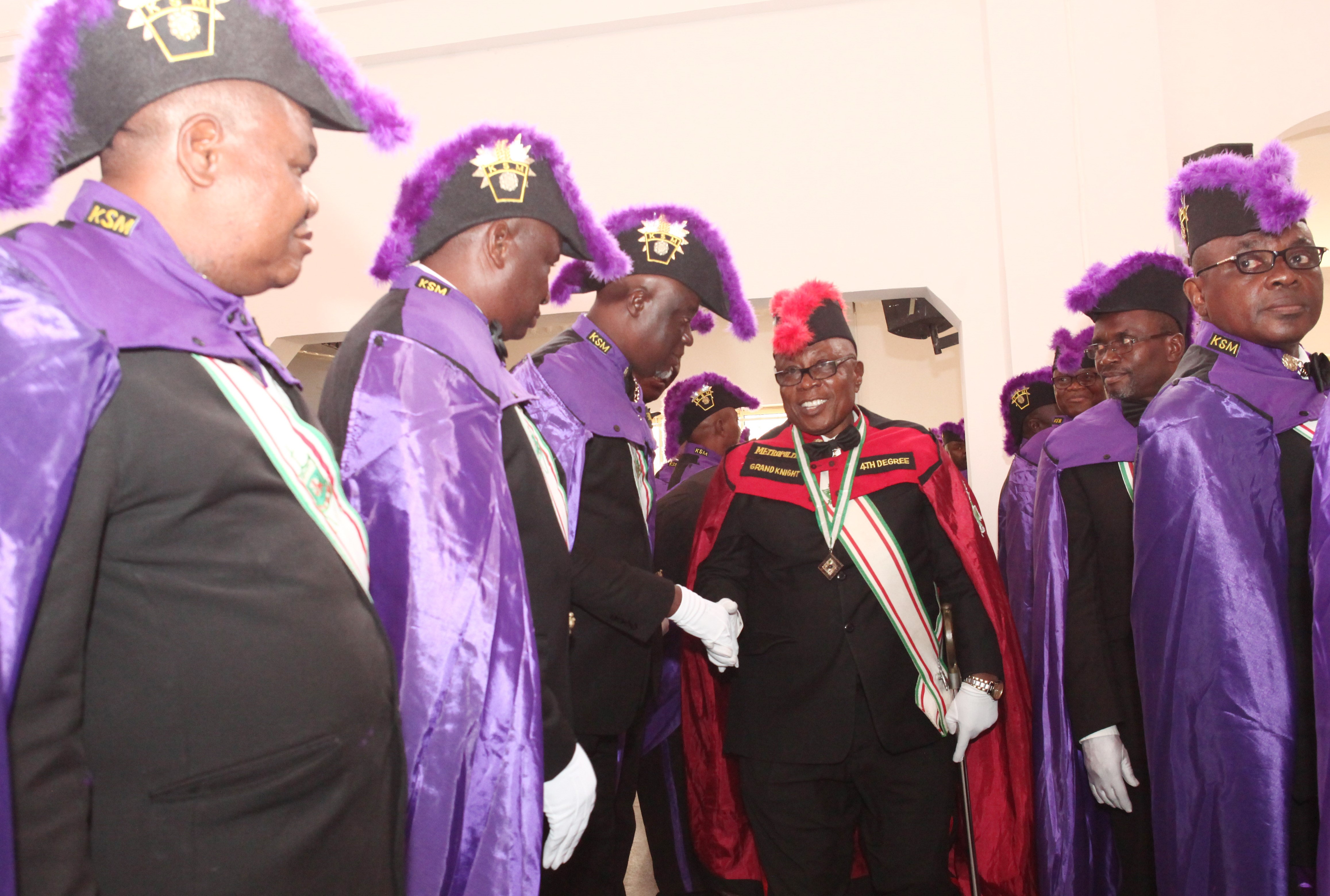 Against the many persecutions facing the body of Christ today in Nigeria, including killings, imposition of religions, growing moral decay, as well as disunity arising from proliferation of churches, the Catholic Church has asked the knights to draw their swords and defend the faith.

Speaking during the investiture of no fewer than 50 brothers and sisters with the Third Degree of the Knights of St. Mulumba at the Church of the Assumption, Falomo, in Lagos, the Chaplain, Eko Metro Council, Rev Fr. Vincent Ubili, warned them against complacency and compromise, but to abide by the true intendments of their symbols.

According to him, while the headgear symbolises spiritual banner of God’s protection, “the cape symbolises selfless and sacrificial service to God and to the Church, and the sword symbolizes the spiritual sword, which represents the word of God, the Holy Eucharist and the teachings of the Church.

“You are to hold onto it without compromise to defend the church religiously, politically, economically and spiritually. If time requires that the ancient crusades be brought back, you will be at the forefront in the fields. Today, however, it is for spiritual battle.”

In his homily earlier, the Parish Priest, Fr. Pius Omofuma, regretted “cosmic upheaval” around the world today, as “Christians are being killed for their faith, and some out of fear renounce their faith for other religions.

“It was not the unity of one standing alone, but so many coming together to form one. He saw the different backgrounds of his followers, even those that would come in the future, and was so sure that it might separate them if they are not well grounded in His gospel; therefore, he prayed for unity.

“Tribe, colour, language and race, among others, are factors tearing Christians apart today. False religion, and imposing one’s religion on another bring disunity. It is something that makes people worship God against their own will.

According to him, like St. Stephen stood firm during the persecution of his time and paid with his life, “this is the time to stand up as Catholics, not just Christians, and not to compromise our faith but bring gospel values into politics and governance. Disdain the fear of the unknown, what you will lose, or the massacre that will come.

Meanwhile, the Metropolitan Grand Knight, Lagos Metro Council, Sir William Olabode Adebisi, explained that the event was to celebrate the feast of their patron saint, St. Mulumba, and the investiture of those elevated to the Third Degree after their assessments.

He urged Christians to eschew selfish motives, which led to separation from the Catholic Church in the first instance, and which is fueling the ongoing proliferation without spirituality, as people seek power and wealth.

“For selfish interest – fame, wealth, political and all kinds of power, people are creating churches and going to very bad extents – even rituals – to draw membership to their congregations. The scriptures said that in the end, people will bring in pastors who will preach what they want to hear.”

Adebisi noted that problem with the country today is loss of conscience and values following the government take-over of schools from the missions. He further disabused citizens’ minds on the possibility of Islamisation of Nigeria, stating that some groups of people were only taking advantage of religion to spread terrorism.

On his part, the Supreme Public Relations Officer, Sir Daniel Egwu, urged Catholics to always read their publications, adding that the knights have been fighting underground against the persecution of the church and country.

According to him, “we always align our positions with the Catholic Bishops Conference of Nigeria and help to amplify their pronouncements because they are the highest authority of the Catholic Church in Nigeria.”