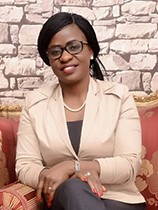 In view of the violent clashes that greeted the gubernatorial elections in Ekiti and Osun states, a leading civil society group, the Grassroots Accountability Advocacy Foundation (GAAF), is embarking on self-sponsored voter education programmes.

The advocacy and sensitisation campaign, the group said, would be taken across the nation’s 774 local councils with a view to educating the electorate on not only about the voting pattern but also peaceful conduct of elections.

Titled, “Roadmap to Violence-free Election,” GAAF President and founder, Genevieve I. Anthony-Iroajanma, said the campaign would kick off in Imo State on November 22, adding that the initiative was prompted by the increasing incidents of vote invalidations in recently conducted elections in the country.

According to her, “GAAF’s most recent voter opinion survey carried out to ascertain the level of voter information and awareness among rural voters resident in Imo State revealed gross ignorance of the whole electoral process and lack of adequate information on electoral procedure among rural and less-educated residents.”

The scheduled flag-off of the programme in Imo will bring together representatives of security agencies, anti-graft agencies, the Independent National Electoral Commission (INEC), civil society groups, the academia, politicians and religious leaders, who would be speaking on the dangers of electoral violence, she disclosed.

Anthony-Iroajanma described the increasing cases of votes cancellation and attendant disagreements as new challenges in the Nigerian electoral process that require immediate attention.

“We cannot, therefore, continue to stand and watch as millions of uninformed yet eligible voters are alienated from the entire democratic process merely because of lack of knowledge of voting and the whole electoral process,” she added.

“This is judging from GAAF’s experience at previous elections, particularly the recent Osun state election, where numerous votes were rendered invalid in spite of massive turnout and participation in the whole process. In the course of the survey, a majority of Nigerian eligible voters preferred community forum as a medium for receiving voter information.

“As a result, the GAAF voter-training programme will take information to the doorsteps of these people – at their local community centres, churches, mosques, and in their local languages for better understanding.”  To this end, she disclosed, over 2,000 Nigerians have been trained for the project.