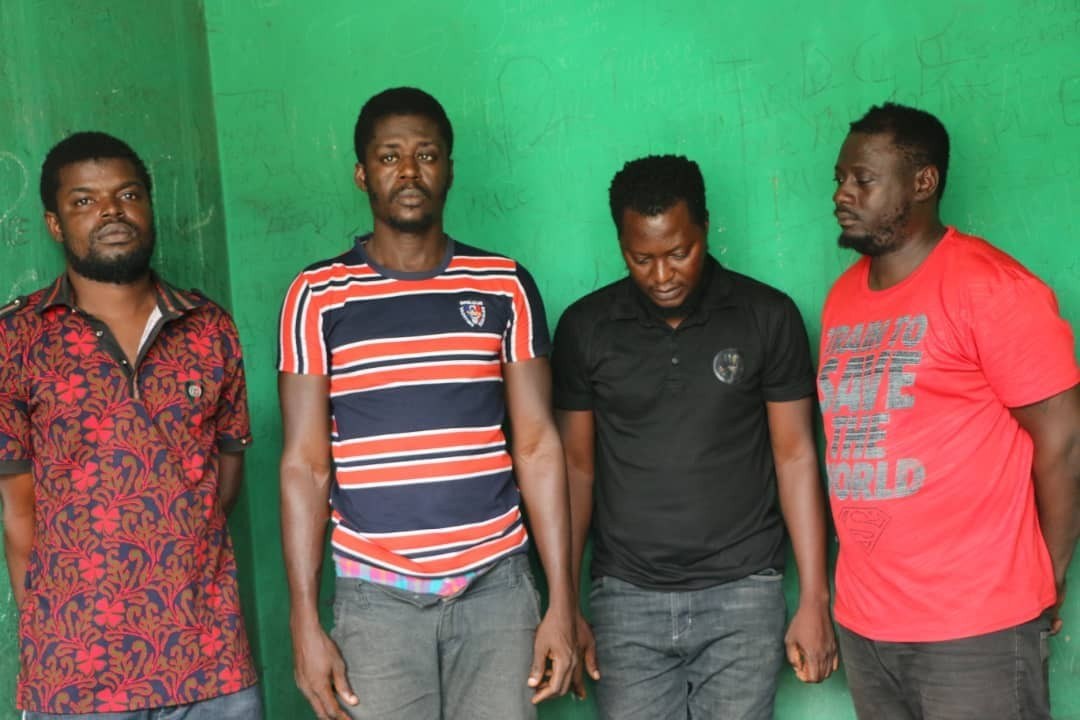 Assistant Inspector-General of Police in charge of Zone 2 Command, Adamu Ibrahim, has approved the dismissal of four policemen attached to the Special Anti-Robbery Squad, Ikeja, Lagos State, over alleged robbery and other crimes. CSP Dolapo Badmus, the Zone’s spokesperson, confirmed the dismissal on Sunday in Lagos. According to Badmus, the dismissed officers are Sgt. Adeoye Adekunle; Sgt. Adekitan Adebowale; Sgt. Agbi Lucky and Sgt. Odighe Hehosa. Badmus said that the four policemen were dismissed and subsequently charged to court for armed robbery, kidnapping, unlawful detention, intimidation and threatening violence. Badmus said that the panel recommended them for dismissal based on the report of the investigation carried out on a petition against them. She said that a petition was written against them by Mr Chukwudi Godwin Odionye, popularly referred to as ‘Bishop’ on May 2, 2018. “The petitioner stated that on June 4, 2017, he was in his house around Alagbado area of the state when four armed men stormed his house to effect his arrest on the allegation of performing ‘FAKE’ miracles. “He stated that after his arrest, he was taken to one hotel at Agege where he was detained and threatened to be killed if he fails to cooperate. “He explained further that the following day, June 5, 2017, he was taken to the bank where he was made to transfer N7 million to the account of one of the operatives. “On receipt of the petition, the AIG ordered investigation into the case. “On the strength of investigation, it was revealed that no proper police procedure for investigation was followed in Mr Chukwudi’s arrest. “The four SARS operatives actually abducted the man from his house and unlawfully detained him in the hotel under the guard of the suspects for personal gain,” Badmus said. She reiterated the AIG’s directive that the force would not tolerate any act of misconduct, which undermines the value of international best practices of the police.
Post Views: 726