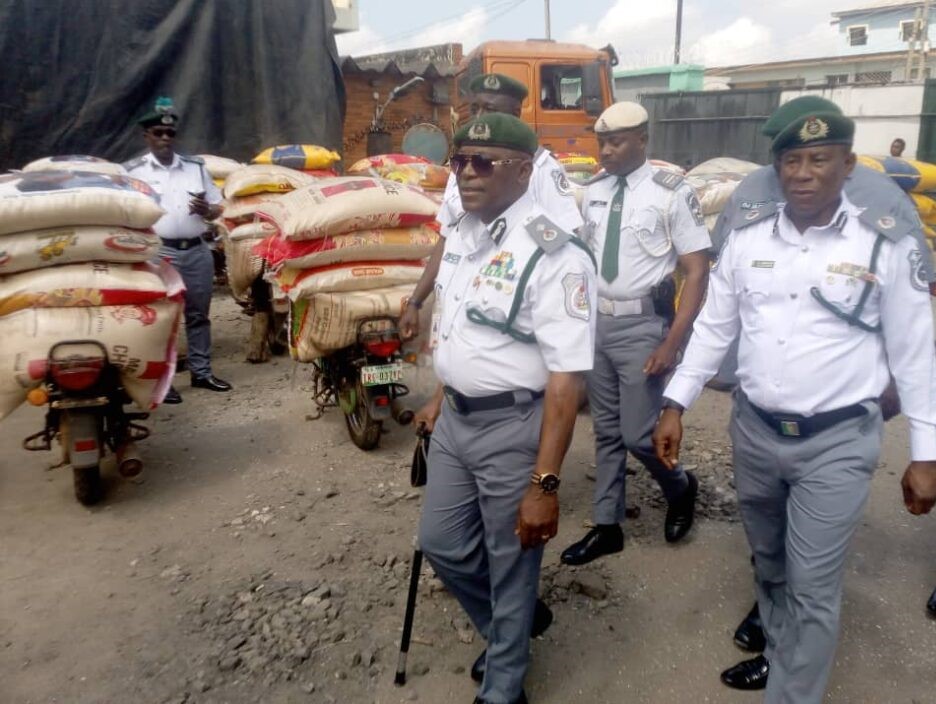 Nine suspects are still being detained and investigated by the Federal Operations Unit (FOU) Zone A of the Nigeria Customs Service (NCS) over alleged smuggled contraband goods with an approximate Duty Paid Value (DPV) of N537.5 million, intercepted in July 2022.

Briefing newsmen in Lagos on the activities of the unit for the period, Ag. Compt. Hussein Ejibunu said the unit also generated approximately N25 million from undervalued imports through demand notices.

He attributed the seizures and revenue recovery from non-compliant importers/agents to the vigilance and unyielding efforts of the officers. Ejibunu, who insisted that the seized commodities were dangerous to public health and safety, listed them to include 39 bales of used clothing.

According to him, “a misplaced priority as demonstrated in the use of hard-earned forex for the importation of used clothing, shoes and tyres is not only harmful to the economy but also a despicable act by some desperate importers to make money at the expense of other people’s health.

“Let me take this opportunity to remind you that poultry products are still restricted from import due to the associated health and financial effects.

“You might find it interesting that in its wisdom, the Federal Government forbade the importation of poultry goods in order to promote the expansion of domestic poultry farms and safeguard them from international competition.

“Secondly, it was found that hazardous chemicals were being used to preserve the products throughout transportation because their frozen state cannot be maintained till they reach the ultimate consumers. The public should be concerned about this act because it may be a cause of various illnesses and disorders.

“Perhaps every family in Nigeria has experienced one of the following: an accident brought about by a defective or used tire, skin conditions like cancer, or one of many other things as a result of consuming illegally imported goods.

“While we all feel for those who are impacted by this threat, we also urge patriotic individuals to work with the customs and other law enforcement organisations to eradicate it.

“You might remember that there was a shortage of PMS a few weeks ago, forcing Nigerians to pay extra for it. Many Nigerians endured this misery despite that the Federal Government had subsidised the commodity for domestic use, in part because some dishonest citizens decided to smuggle the products into the Republic of Benin.”

He urged Nigerians to volunteer helpful and timely information to assist the NCS in taming smuggling, stating that the daredevil smugglers are tenacious in carrying out their illegal businesses, irrespective of the agency’s commitment to promoting and facilitating compliant trades.