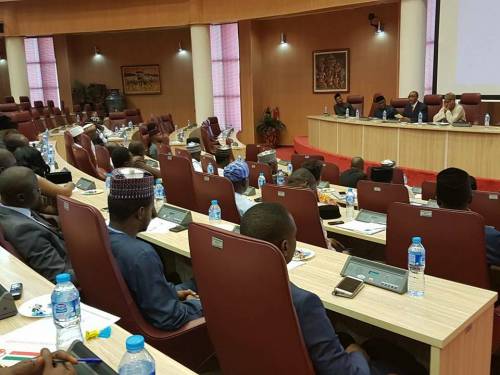 The Ministry of Foreign Affairs through its spokesperson, Tope Adeleye, has denied allegations of fraud levelled against it and the Federal Civil Service Commission (FCSC), during the conduct of promotional exams in Nairobi, London, New Delhi and New York.

Adeleye, in a statement, said more than 129 persons wrote the exams, contrary to media reports that only 59 people sat for the promotion test.

SaharaReporters had, on June 30, reported that 110 persons were scheduled to appear at the four locations to supervise the examination, which was to be written by 59 persons on July 7. Based on a telex transmission to the four centres, over N1 billion was budgeted for the trip.

A source from the Economic and Financial Crimes Commission (EFCC), told another newspaper outfit, Daily Trust, that 87 persons – 36 from (MFA) and 51 officials from FCSC – supervised the 129 officials.

Adeleye also debunked all claims that the said officials were paid in dollars.

“It is pertinent to utilise this opportunity to explain that the conduct of promotion examinations for officers and Nigerian diplomats abroad is statutory and the Ministry of Foreign Affairs is in charge of the supervision of officers on grade levels 7 to 14, while the Federal Civil Service Commission conducts and supervises examinations for all directorate level officers.

“Contrary to the content of the online report, it should be highlighted that the ministry followed all due processes in the payment of estacode to all officers involved and all the supervising officers travelled to the various centres to supervise the examinations, as approved.

“Meanwhile, all documents pertaining to the conduct of the examinations and the financial implication were duly submitted to the EFCC for verification. Therefore, the report of any fraud in the payment of estacode as it relates to the Ministry of Foreign Affairs, Abuja, is absolutely false and should be disregarded,” Adeleye concluded.

According to the EFCC, MFA spent N37,741,590 as estacode allowance to its officers, while the Federal Civil Service Commission spent N52,474,072. The EFCC source also added that not all the officials spent the stipulated nine days they were paid to travel for, and attempts would be made to recover the excess funds.