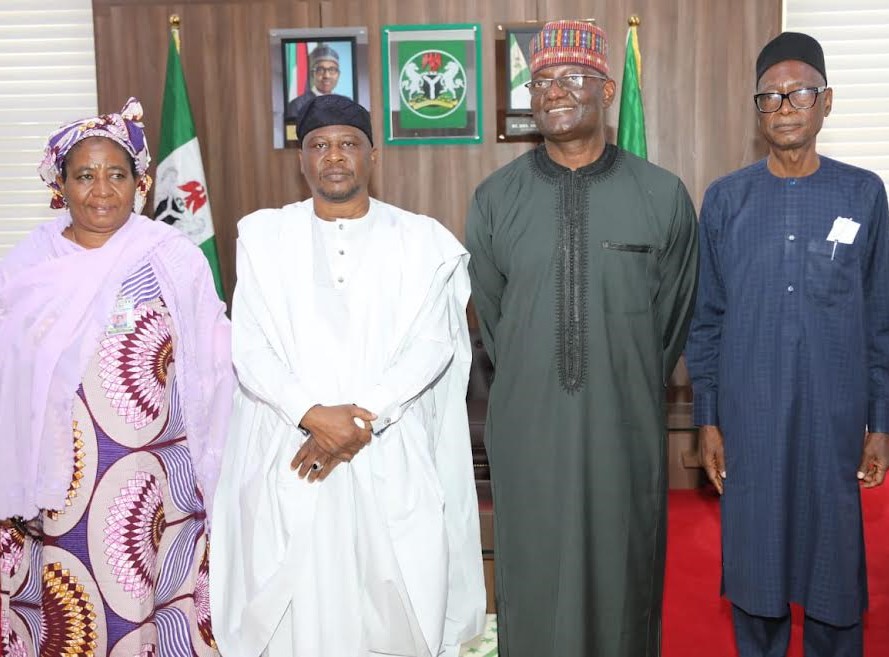 Governor of Adamawa State, Umaru Fintiri, and the Executive Secretary of Nigerian Shippers’ Council (NSC), Mr. Emmanuel Jime, have inaugurated a 10-member joint committee to develop Vehicle Transit Areas ((VTAs) at Ngurore, and Border Information Centre (BIC) at Sahuda, both in the state.

Jime expressed optimism that the committee will work towards the realisation of the projects, noting that Adamawa is strategically positioned for VTA and BIC, according to a statement from the NSC Head of Public Relations, Rakiya Dhikru-Yagboyaju.

He explained that the NSC has the mandate to facilitate the development of transport infrastructure in the country, adding that the agency was working to actualise modern VTAs in Nigeria.

On his part, Fintiri noted that the facilities will as well serve neighbouring countries like Cameroun, Chad and Central African Republic, Fintiri expressed optimism that their establishment will address the indiscriminate parking of trucks on the roads in the state.

Dispelling concerns about insecurity, however, Fintiri assured that the measures already in place have helped to reduce crimes to the barest minimum.

Meanwhile, the co-Chairperson (representing the Adamawa in the joint committee), Rabi Yahaya Ahmad, said state will ensure the actualisation of VTA and BIC in the state, Phillip Eduwa, who is the NSC co-chairman, assured that the agency, as facilitator of the projects, will also play its role towards their realisation.

The committee is saddled with collaborating with relevant agencies such as the Infrastructure Concession and Regulatory Commission (ICRC) to obtain all necessary guidelines in line with standard specifications for the projects and in compliance with international best practices.

It is also to identify all essential requirements for the execution of VTAs – from inception to operational level; sensitise and collaborate with land owners/host communities to secure their buy-in and ensure a hitch-free take-off of the projects.