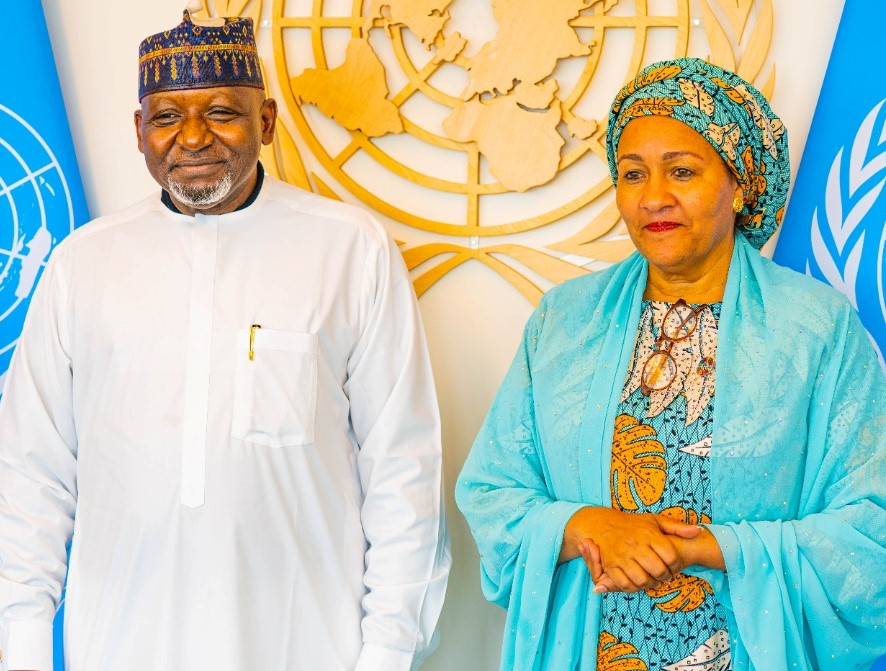 After several submissions and recommendations, the Federal Government said it would be deploying present-day technology and rapid response by the relevant security agencies as a lasting measure for rail line protection across the country, and by extension general road security.

Minister of Transportation, Dr. Mu’azu Jaji Sambo, disclosed this at the United Nations Headquarters in New York, United States, during his courtesy visit to the Deputy Secretary-General of the United Nations, Mrs. Amina Mohammed.

Sambo said that after being tested in the coming weeks, the approved technology will be deployed to provide long-term solution for both rail and road security, and also be a template for the entire country, a statement from the ministry disclosed.

According to the minister, who will be a lead speaker on financing the Nigeria power and transport infrastructure at the Nigerian International Economic Partnership forum in New York on September 22, his team is working tirelessly with the relevant agencies for the release of train kidnap victims still in captivity.

Sambo told Mohammed that Nigerians back home would love to be associated with her, and that his courtesy visit was in part to solicit assistance and opportunities for the ministry.

“The task is not easy, but honestly, you are doing us proud indeed. We pray for strength, resilience and wisdom as you discharge your duties,” he said.

They furthermore shared perspectives on involving communities and traditional rulers along the rail and road routes, in addition to technology and rapid response, noting that the security of a nation is its community, and when communal involvement is combined with other methods, insecurity could be nipped in the bud to a large extent.

Mohammed, who commended the minister’s initiative as capable of going a long way in dealing with the rail security challenge, hinted that she has families who lost employees in the ill-fated train attack, with some still in captivity.

She commended the infrastructure development by the Muhammadu Buhari-led administration, noting, however, that people would not see progress when they leave in insecurity.

More so, she warned Sambo that Nigerians look forward to more strides and results from him, and that every day, week and month matter, adding that the whole nation looks forward to the story he will tell at the dusk of the administration. The minister will be attending several functions during his stay in New York.