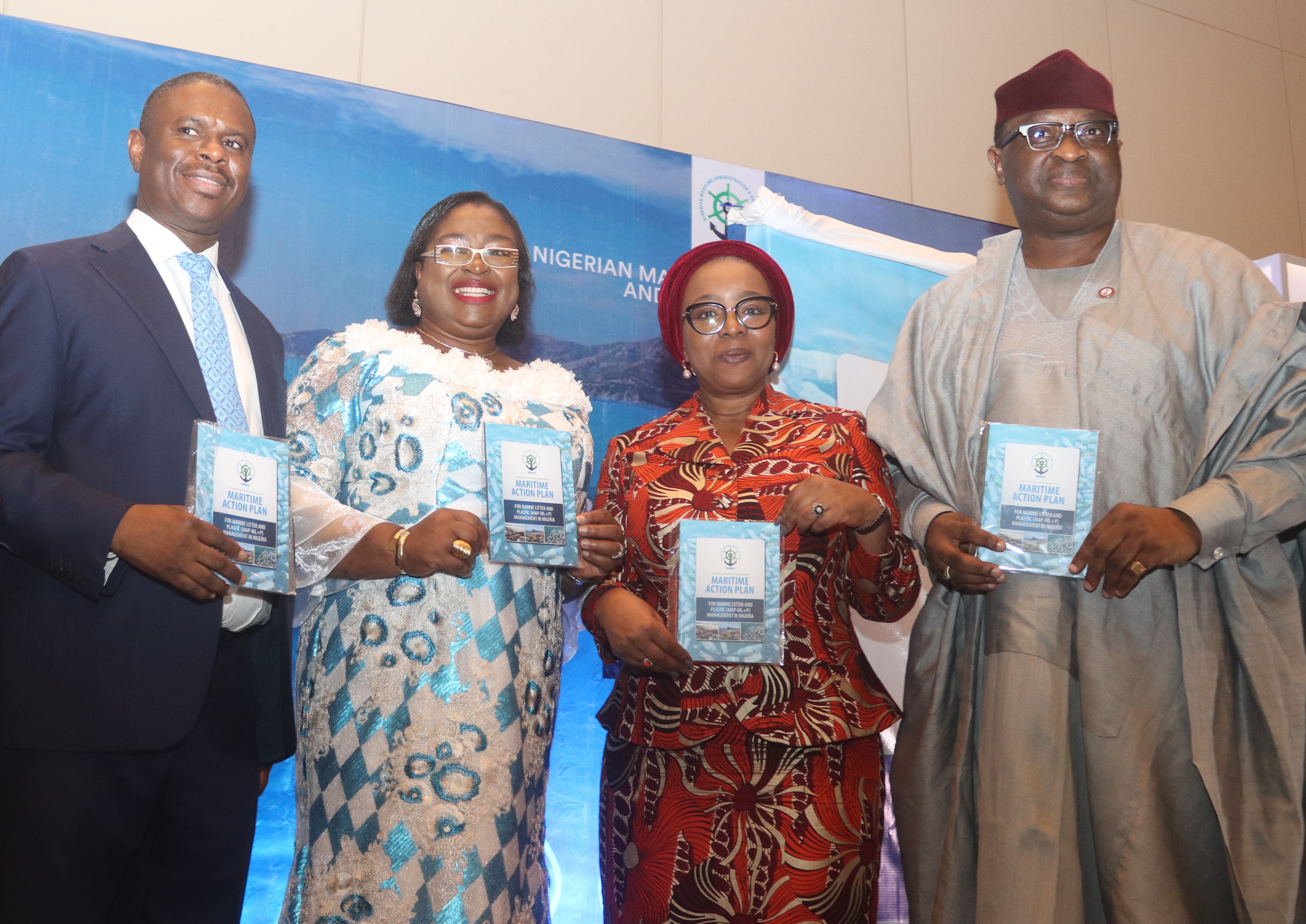 Nigeria has begun concerted efforts to eliminate land-based sources of marine litters, which pose serious dangers to marine life and maritime transport, as the National Assembly and the Federal Ministry of Environment (FMoE) ready a bill to regulate the production of non-degradable plastics in the country.

The bill, aimed at a holistic law with tough sanctions on the production of organic polymers, comes as the Nigerian Maritime Administration and Safety Agency (NIMASA) launched its Maritime Action Plan for Marine Litter and Plastics Management in Nigeria.

Speaking at the launch of the programme in Lagos, member of the Senate Committee on Marine Transport and drafter of the bill, Mr. Tolulope Odebiyi, said the National Assembly would solidly support NIMASA on the implementation of its action plan eliminate land-based sources of marine litters within the next five years.

“I am happy NIMASA has taken the lead in ensuring that our waterways and all our water bodies are clean, safe, and a vital source of economic activity for us in this country,” Odebiyi stated.

Noting that the problem of plastic pollution and proliferation in the country was becoming alarming, he said that though “NIMASA has taken the lead, this is the backend of it. We also have to look at the frontend.

“You cannot continue to generate pollution, clog our waterways, cause erosion, flooding and all kinds of things, and some people making money, knowing full well that their product is contributing to the pollution.”

Therefore, “the Senate is very much interested in this issue. We see the environment as a vital economic resource for us in this country. We will be working with NIMASA, Federal Ministry of Environment, and all the other agencies.”

On her part, the Minister of State for Environment, Mrs. Sharon Ikeazor, urged synergy among relevant government agencies and the private sector in the fight against environmental pollution. She assured that the ministry would establish more recycling plants for the collection of plastics and other litters that would be cleared from the oceans.

“You have started right with sensitisation of our people on what to do with plastics,” Ikeazor told NIMASA. “The Ministry of Environment will take this further and put it together to be a national action plan.”

Earlier, the NIMASA Director-General, Dr. Dakuku Peterside, had lamented that Nigeria was among the 20 countries generating over 80 per cent of the land-based plastic wastes that end up in the oceans. He said the event was organised to raise public awareness about the effects of marine pollution, and chart a national roadmap on solution to the menace.

Underscoring the dangers of marine litter and the need for urgent action, Peterside stated that solutions to this global challenge would “require a systematic approach to the various sources generating the pollution,” including “both land and sea-based contributors, and a combination of intervention in different sectors and at different levels.”

Others include establishing a template for monitoring progress in the fight against marine litter and plastics pollution, all of which will complement the IMO Action Plan on Marine Litter from Ships, and enhance the enforcement of existing laws, conventions and regulations, including MARPOL-Annex V, London Convention and its Protocol, and the Nigerian Merchant Shipping Act 2007.

To ensure clean seas and oceans in Nigeria, NIMASA has already engaged marine litter marshals across coastal communities and littoral areas as a pilot scheme to educate and create awareness among residents, and to clean up identified marine litter hotspots.