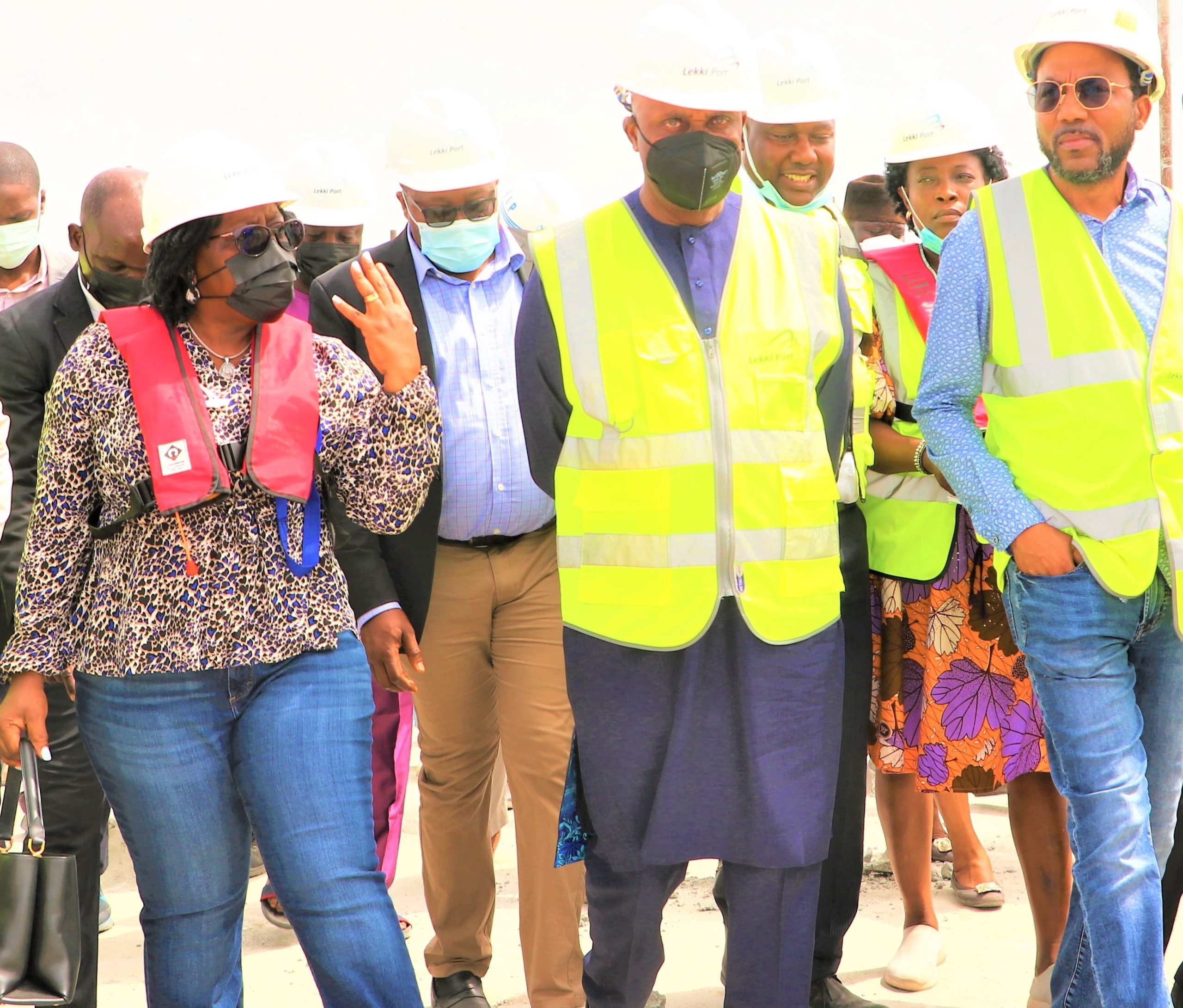 Citing Nigeria’s funding challenges over the critical Lagos-Calabar rail project, the Minister of Transportation, Mr. Chibuike Amaechi, has advised the promoters of Lekki Deep Seaport in Lagos to begin the rail project from the port facility and get some tax rebate.

This was in spite of his disclosure during an inspection tour of the facility Sunday that the deep seaport, which is billed to be completed in June and begin operations by September 2022, would inject $360 billion into the Nigerian economy within 45 years.

Stakeholders have been calling on the Federal Government to avert a worse gridlock at the Lekki axis than the current experience at Apapa by putting in place an efficient multi-modal transport system, including a rail line, before the port and Dangote Refinery begin full operations.

However, Amaechi, who, lamented the unavailability of funds at the moment for the proposed $11.1 billion Lagos-Calabar rail line, to which the port could have been linked.

As a way out of the impending traffic problem, he urged the port contractors to invest in the rail sector, stating: “Another advise I could give is if they want to invest, they can invest in rail and then the government will either do tax reduction or something to help them.

“If we get the $11.1 billion as it is, we would probably have to divert the rail line, because Lagos-Calabar rail line actually goes into Lagos city. We can divert it to come to the seaport in Lekki.”

Meanwhile, the minister commended the pace of ongoing construction work at the privately funded seaport, stating that over time, the promoters will recoup their investment from the commercial activities before handing it over to the Federal Government.

According to him, in financial terms, in the process of recovering their money, they will contribute to the GDP of the nation annually. Obviously, taxes will be collected here, even them will pay taxes.

“I am not sure there were any taxes mentioned in the agreement, but I doubt there is any tax exemption. So, we will collect taxes here. The confidence in giving them the project is because of the taxes that we will collect here that will help us in the construction of other projects.”

On the other hand, he lamented the port does not have adequate space for future high-level economic activities, adding that economic growth will compel an expansion.

“The argument we had in cabinet is that the need for a deep seaport at Lekki was a result of the fact that the demand for port activities in the country has exceeded the supply of Tin Can and Apapa around Lagos,” he explained.

“Right here you have 16.5 metres draft, which is good for the country, but the country needs more than just one of these ports because of the increase in commercial activities in the future.

“We need more than Lagos deep seaport and for me, before I leave office I will emphasise the construction of the Bonny deep seaport.”