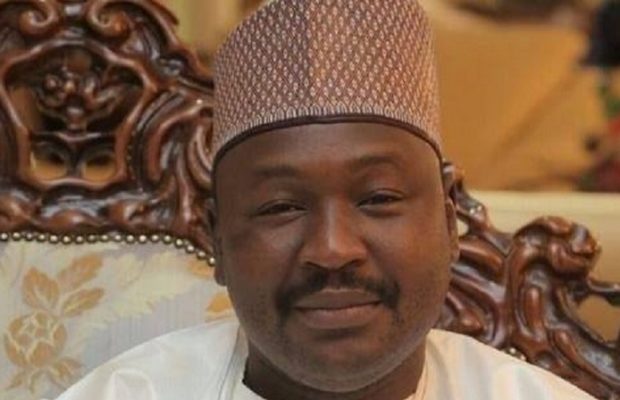 *Risks two years bail *Gets N5m bail CHIDIEBELE NWACHUKWU The embattled Senator Isah Hamman Misau, was yesterday arraigned before the High Court of the Federal Capital Territory (FCT), Abuja, on charges of disseminating injurious falsehood against the Inspector General of Police, Mr. Ibrahim Kpotum Idris, former Inspector General of Police and Chairman of the Police Service Commission, Chief Mike Okiro and the Nigerian Police. Misau was arraigned by the Federal government on a five count charge bordering on spreading of falsehood against the person of the IGP, Ibrahim Idris, the Police Service Commission and the Nigerian Police Force, between August and October 2017. He however pleaded not guilty to all the charges and his counsel, Chief Godwin Obla SAN moved an oral application for his bail on the grounds that section 393(1) of the Penal Code under which the serving senator was charged carried maximum of two years punishment upon conviction. Besides, he said section 163 of the Administration of Criminal Justice Act (ACJA), 2015, expressly makes provision for bail of the defendant. Obla also argued that section 36 of the 1999 constitution presumed the defendant innocent and that been a serving senator, he cannot run away. He also said that the defendant cannot tamper with police investigation having been completed and that he cannot also influence the prosecution witnesses who are said to be serving police officers. Reacting to the bail application, the Director of Public Prosecution of the Federation (DPPF), Mr. Saleh Hadi Barkum who led the prosecution objected to oral application, insisting that such bail application must be in writing. But his arguments were rejected by trial judge, Justice Ishaq Bello on the grounds that oral application is also allowed before the law. The DPPF however did not object to the bail, adding that he left it to the discretion of the court. In his ruling, Justice Bello stated that although Obla applied for bail in self recognizance for the defendant being a serving senator representing Bauchi Central in the Senate, he however said that he would want sureties for the defendant. He consequently granted Senator Misau bail in the sum of N5million and two reliable sureties in the same amount. The trial has been fixed for November 28 and 29 for commencement of trial Part of the charges against the defendant were that on August 10, this year in Abuja, he made false statement of fact that Police Officers were paying as much as N2.5m each to get special promotion and juicy postings and that the allegation was capable of harming the reputation of the IGP Idris, Police Force and Police Service Commission. The defendant was also alleged to have on October 5, 2017, in Abuja, made false statement of fact to the effect that N10b was been received monthly by the Inspector General of Police from Oil companies, Banks and Hotels for deployment of police for protection among others and that the allegation was capable of harming the reputation of the IG, Okiro and the Police. Part of the charges filed before the FCT High Court are, “That you, lsah Hamman Misau of Hamman Misau Residence, Turaki Street, Misau, Bauchi State, on or about August 10, 2017, at Abuja and other part of Nigeria within the jurisdiction of this Honourable Court, did make a false statement of fact to wit: that police officers pay as much as two million, five hundred thousand naira (N2.5m) to get special promotion and posting through the Police Service Commission as published in the Daily Trust Newspaper dated August 10, 2017, knowing that such false statement of fact would harm the reputation of Mr. Ibrahim Kpotun ldris (the serving Inspector-General of Police), the Nigeria Police Force and the Police Service Commission and you thereby committed an offence.
Post Views: 778