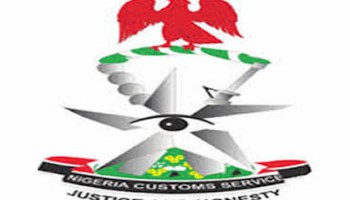 The Federal Executive Council (FEC) has approved a contract of $3.1 billion for the end-to-end automation of the Nigeria Customs Service (NCS) processes and procedures for a 20-year concessionary period.

Disclosing this earlier Wednesday at the end of the FEC virtual meeting presided by President Muhammadu Buhari, the Minister of Finance, Budget and National Planning, Zainab Ahmed, said the funding would come entirely from investors, while $176 billion is expected as revenue from the automation.

Ahmed said the project, awarded to E. Customs HC Projects Nigeria Limited, would “completely automate every aspect of the customs business,and institutionalise the use of smart and emerging technologies that will enhance its statutory function in the areas of revenue generation, trade facilitation and enhancement of security.

“This is a project that will not have an immediate cost to the government. The investors are providing all of the financing and this revenue will be deployed in three phases, and they will look over the investment in the concessionary period of 20 years.

“The key point is that it is not costing the Federal Government anything; the $3.1 billion being proposed will be sourced by the sponsors and partners.”

She broke down the cost into capital investment ($1.2 billion), which will be done in three phases over 36 months, while the operational cost of $1.1 billion is projected for its 20-year implementation period.

According to her, “this project has the potential to yield up to $176 billion revenue, and the consortia providing this investment are going to be paid over time, according to the schedule negotiated for their investments, including their profits and cost.”

According to the memo to FEC, the e-project will ensure seamless co-ordination of all NCS operations through the development and deployment of e-Enforcement Platform with Unified Communications and Intelligence Video Surveillance (IVS) to facilitate mobile operation.