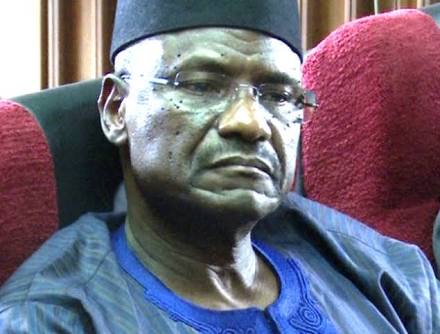 CHIDIEBELE NWACHUKWU   Abdullahi Yishau (retired), a star prosecution witness in the ongoing trial of former Chief of Air Staff, Air Vice Marshall Dikko M. Umar‎, yesterday told a Federal High Court, Abuja, that the ex-COAS executed laudable projects while he superintended over the affairs of the force. The former Air Force Chief is on trial on a seven-count charge bordering on financial misappropriation belonging to the Nigerian Air Force between 2010 and 2012. The prosecution witness had told the court in his lead evidence that NAF was receiving about N4billion monthly as salary emolument. At Thursday’s  proceedings, Yishau, Director of Accounts and Finance, Nigerian Air Force, told the trial judge, Justice Nnamdi Dimgba, that after the payment of staff salaries from the monthly N4 billion, the ex-COAS deployed the balance of N1billion to training and maintenance of NAF assets, fleets and other private projects, including barrack construction and renovation. He said: “Out of the N1billion, funds were disbursed to heads of units and commands for operational cost. “NAF hospitals in Kaduna, Kano, Jos and Makurdi, were also equipped from the money. A comprehensive NAF school in Kano was equally constructed during Umar’s stay in office.   According to the witness, land for the construction of NAF Conference Centre at Kado, Abuja, was also acquired during the defendant’s tenure as COAS,” the witness added. When asked by the defence lawyer, Hassan Liman (SAN), during cross-examination, about the annual audit report of the Air Force which was conducted by the Auditor General of Federation, Yishau disclosed that there were queries arising from that, but were resolved by Umar. The witness further revealed that estacodes and allowances of personnel as well as aeronautical repairs in Kaduna were carried out from the funds that accrued to the force. The matter has been adjourned till December 6 and 7, for continuation of trial.
Post Views: 837