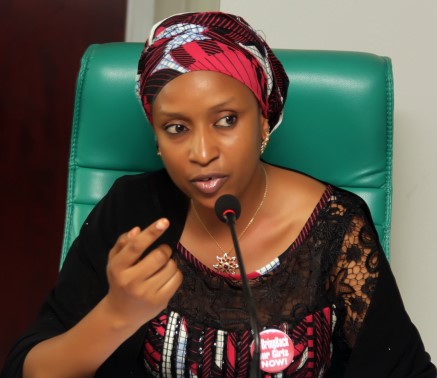 In a multi-pronged approach to addressing the perennial gridlock on the port access roads and environs, the Nigerian Ports Authority (NPA) said it has licensed eight truck parks ahead of the February 27, 2021 kick-off of its electronic call-up system (Eto).

And for Eto to smoothly run at the seaports, the agency has further directed shipping companies to establish and operate empty container holding bays with capacity for 65 per cent of their annual cargo traffic.

The Managing Director, Hadiza Bala-Usman, disclosed these during a virtual media briefing on the electronic call-up system, noting that the NPA originally advertised for 13 truck parks, but only eight bidders qualified.

In a virtual briefing of newsmen on the call-up system, NPA Managing Director, Hadiza Bala-Usman, blamed the shipping companies’ lack of provision of holding bays for their empty containers as a major cause of the gridlock in the port environs, as trucks rush into the ports to discharge empties.

Usman assured that Eto would handle the issues concerning the return of empty containers and loss of container deposits due to gridlock, stating: “All empty containers must be dropped at shipping companies’ holding bays and at that point importers and their freight agents would access their deposits.”

She regretted that the shipping companies were already displaying some degree of push-back on Eto, but that part of the shipping lines’ annual registration would be tied to their provision of holding bays.

Also, to prevent dumping of empty containers in the country, she directed shipping companies to evacuate empties equivalent to their yearly imports.

Meanwhile, Usman stated that Eto would prioritise reefer containers and export cargoes, with an export processing segment already created at Lilypond, just as she called for port stakeholders’ support for the truck call-up system, for which eight truck parks have been designated.