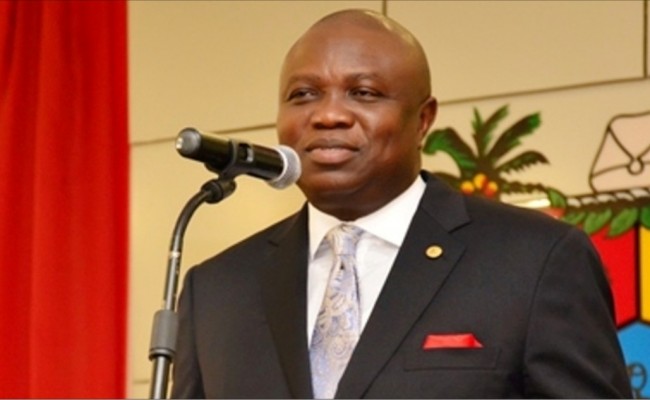 LAGOS State governor, Mr Akinwunmi Ambode, on Monday urged the state’s traditional rulers to work towards ensuring peace and security and as well be at the forefront of correcting anti-social behaviors in their communities, saying that peaceful atmosphere remained the necessary ingredient for development. Governor Ambode made the call at Lagos House in Alausa, Ikeja while inaugurating the newly constituted Lagos State Council of Obas and Chiefs, saying that traditional rulers also had a pivotal role to perform in promoting the state’s tourism campaign being the custodians of culture and tradition of the people. The governor, who noted that his government had immense regard for royal fathers and traditional rulers, said the new council was coming at a time of momentous changes in the evolution of the state, especially with the development by his administration to ensure that government presence was felt by every community. “Our government has immense regard for our royal fathers and traditional rulers and we always welcome advice from our royal fathers in order to maintain social harmony and ensure peaceful coexistence in our state. “I, therefore, use this opportunity to call on our royal fathers and chiefs and the new leadership of the Council of Oba’s and Chiefs to continue to address anti-social behavior in their communities. The most important ingredient for development in the state is peace and security and you all have an important role to play in this. “As custodians of the culture and tradition of our people, our royal fathers should also be at the forefront of the state’s tourism campaign. A significant aspect of tourism is our culture and historical sites which fall under your jurisdiction,” Governor Ambode said. According to Ambode, the tourism potentials of the state and the resources being channeled by the state government to environmental regeneration and creation of tourist hubs must be showcased to the world, adding that such required the support and cooperation of royal fathers. He said regardless of the advent of modernism, the importance of the traditional institution of kingship in the society could not be downplayed, noting that traditional institution remained a rallying point for the generality of the people. The governor, therefore, urged members of the re-constituted council to justify the confidence reposed in them by using their wealth of experience to support his administration in the task of deepening democracy and bringing development to every part of the state, even as he restated commitment to the welfare and activities of royal fathers in the state.
Post Views: 900