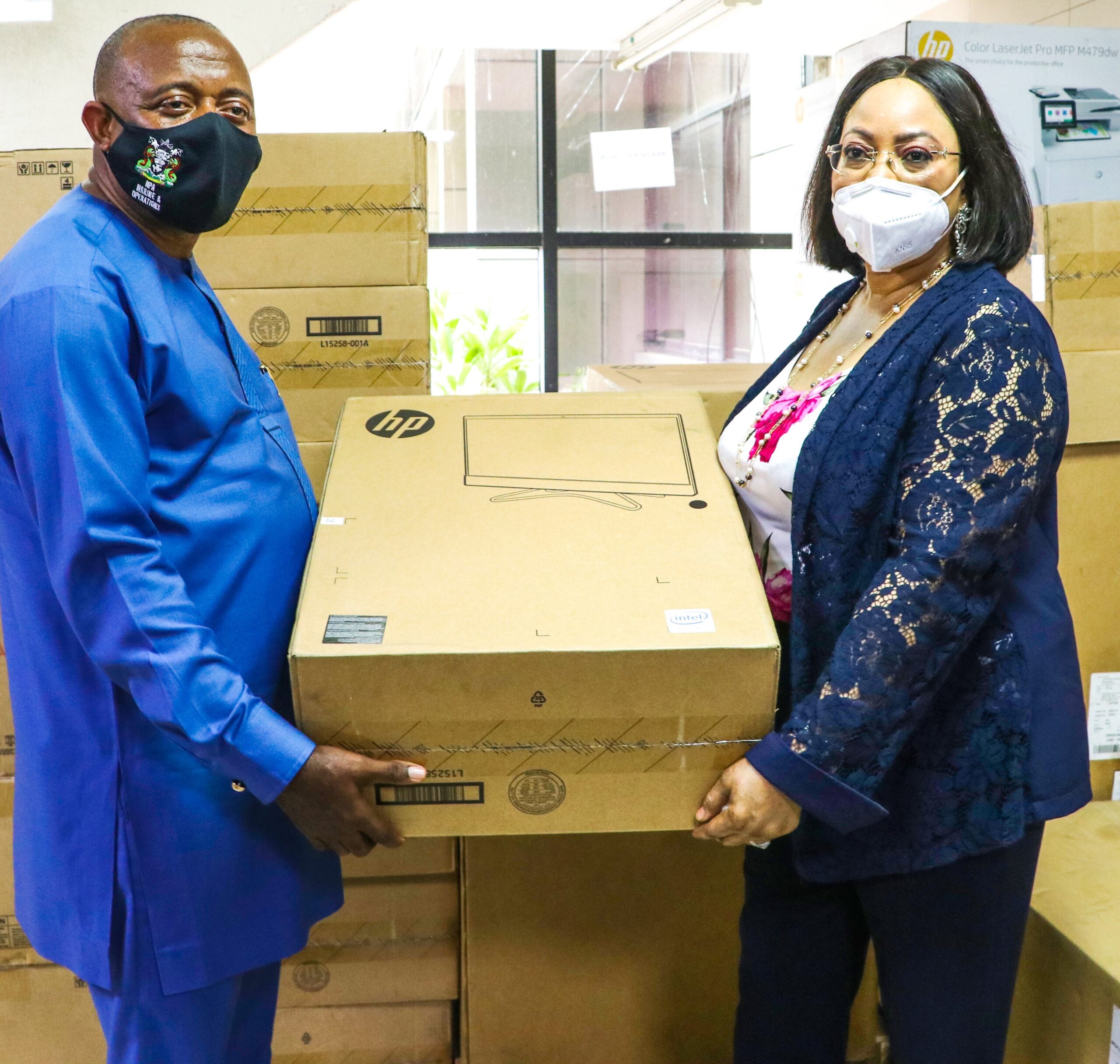 Sequel to the recent attack on the Nigerian Ports Authority (NPA) headquarters in Lagos by suspected hoodlums, port operator, ENL Consortium, has donated various office items to the agency to cushion the effects of the damage.

The items donated by ENL, which operates Terminals C and D of the Lagos Port Complex, Apapa, included desktop computers, photocopy machines, laser jet printers and UPS back-ups, among others.

The arsonists, taking advantage of the #EndSARS protest organised against police brutality in the country, had on October 21, 2020 set the NPA headquarters annex and several vehicles in the premises on fire, and also carted away several office equipment.

Making the donation in Lagos on Tuesday, the Executive Vice Chairman/Chief Executive Officer of ENL Consortium, Princess Vicky Haastrup, said it was “sad that anyone would attack a national asset like the Nigerian Ports Authority.”

Haastrup, who is also the Chairman, Seaport Terminal Operators Association of Nigeria (STOAN), recalled that when the body visited in November, “we promised to support you in cushioning the effects of the unfortunate attack.

“Many of my colleagues have visited you afterwards with their support and we are also here today as ENL Consortium to hand over our support to you.”

According to Haastrup, NPA “is the gateway to the Nigerian economy, where vital services are rendered for the good of the generality of the people. Without the services rendered by NPA, the wellbeing of Nigerians will be in jeopardy.

“Thousands of Nigerians earn their living and feed their families from the work they do at the ports. NPA is also a major revenue earner for the government. In essence, all Nigerians own NPA and benefit from its services.

“It is therefore befuddling that some Nigerians would conceive the idea of attacking this institution that benefits us all and that is crucial to the economic well-being of the country.”

Therefore, she reiterated her call for the perpetrators to be fished out, insisting: “Those who committed this heinous crime must not be allowed to go scot-free.

“I wish to once again appeal to our security operatives to fish out the criminal elements and prosecute them to serve as deterrent to others, and to protect our national assets.”

Receiving the items on behalf of the agency, the Executive Director, Marine and Operations, Onari Brown, described what happened as “unfortunate.”

He noted: “For NPA to be targeted by hoodlums is so amazing and we have not been able to fathom why. But the fact that corporate bodies like ENL Consortium and other terminal operators are standing by us has given us strength to carry on.

“The more you pursue insurance, the more things come up. But the immediate relief you have given to us has been a source of huge succor to us.”