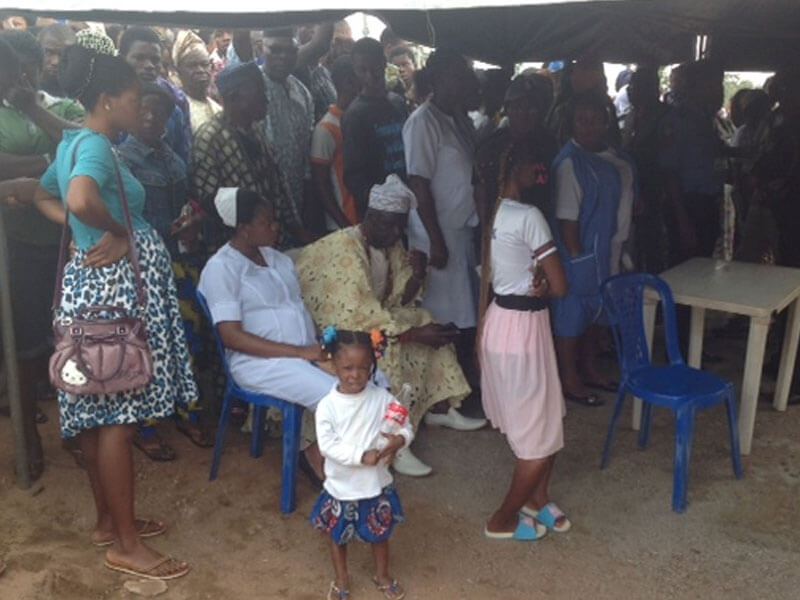 Olufemi Atoyebi, Ado-Ekiti There was a large turnout of voters for the Ekiti State governorship election in many parts of Ado-Ekiti as hundreds of voters trooped to the polling units as early as 7 am. At ward 9, opposite Ekiti State University along Adebayo Road, correspondents met more than 100 voters, including the aged nursing mothers and a nurse at the ward, waiting for officials from the Independent National Electoral Commission around 7.05 am. A van belonging to the Nigeria Security and Civil Defence was parked in front of the university. The nurse said she had to resume at work for any emergency. At secretariat junction, several police vans were stationed, with security men conducting search on motorists and people passing by. At ward 8 unit 009 on Oja Oba road, voters were seen checking for their names on the lists with INEC staff already at their duty post. At Igbehin market, commercial activities were going on around 7.21am as food vendors attended to customers. At Ijigbo junction, several vans belonging to the Nigerian Army were seen patrolling the area as voters formed queues for accreditation.
Post Views: 775