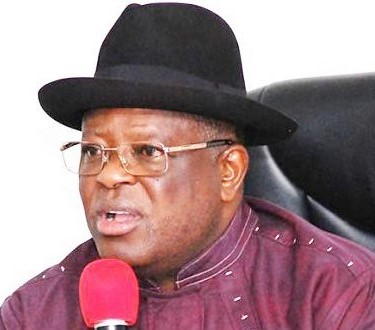 Impressed by his support to them and his achievements in office since 2015, members of the Development Association of Ebonyi Indigenes (DAES) in Lagos have backed Governor David Nweze Umahi on his appeal against his recent sack by the Federal High Court, Abuja.

The court ruling followed his defection from the opposition People’s Democratic Party (PDP), which sponsored his candidacy to victory at both 2015 and 2019 gubernatorial elections to the All Progressives Congress (APC).

However, DAES, in its executive committee meeting on Friday, March 26, 2022, resolved to stand by the governor at his moment of judicial trial as a way of appreciating his concern and support to the association’s activities over the years.

In a statement Saturday, DAES President, Mayor (Dr) Felix Amah Nnachi, said that members of the association, “having followed keenly the political and judicial pronouncements, wish to express our unalloyed solidarity to you and your government which has been of immense support to Ebonyi indigenes in Lagos.

“Your act of magnanimity in supporting Ebonyians in Lagos is highly appreciated and we pray that God Almighty will grant you the grace to prevail and enable an enduring people’s leadership in Ebonyi State.”