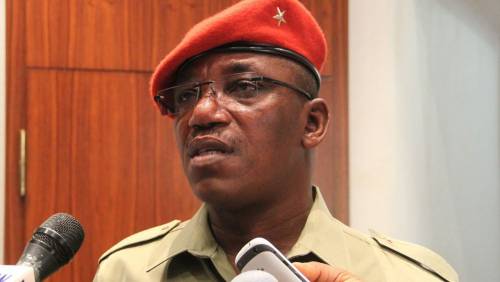 An accident involving the convoy of the Minister of Youth and Sports, Solomon Dalung, has led to the death of one person while 20 others sustained various degrees of injury. The News Agency of Nigeria reports that the Officer-in-Charge of a local security outfit, Gombe State Marshal, Mr. Sunday Jika, who was on the minister’s entourage, confirmed the accident to journalists in Gombe on Saturday Jika said, “We received the minister at the airport and on our way back to town, a Peugeot 406 car entered the motorcade of the minister, hitting the pilot car. “The Peugeot car was set ablaze. We were able to bring out three persons from the Peugeot car, while the driver got burnt in the car. “In the other bus, among the minister’s motorcade, we also brought out people. All the injured persons have been taken to Gombe Specialist Hospital and the Federal Teaching Hospital, Gombe,” he said. A NAN correspondent, who was at the Specialist Hospital and FTH, saw doctors attending to patients at the casualty department of the hospital. The Deputy Medical Director, FTH Gombe, Dr Zainab Kaltungo, declined comment. The Sector Commander, Federal Road Safety Corps, Dr Godwin Omiko, told NAN that he had yet to be briefed on the accident.
Post Views: 783